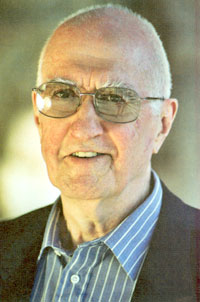 
With his Manlike Monsters on Trial: Early Records and Modern Evidence (UBC Press, 1980), co-edited with Marjorie Halpin, Michael M. Ames recounted how distortions can arise from the pretensions of objectivity. In BC Studies, No. 49, Spring 1981, he wrote about the role of museum anthropologists and their parts in the renaissance of Aboriginal Northwest Coast art. He continued to critically delve into the roles of museums in Museums, the Public and Anthropology: A Study in the Anthropology of Anthropology (New Delhi: Concept Publishing; UBC Press, 1986) and Cannibal Tours and Glass Boxes: The Anthropology of Museums (UBC Press, 1992). Born on June 19, 1933 in Vancouver, Michael M. Ames was an Emeritus Professor of Anthropology at the University of B.C. who received the Order of Canada and the Weaver-Tremblay Award for Exceptional Contributions to Canadian Applied Anthropology. He was a Fellow of the Royal Society of Canada and a Fellow of Canadian Museums Association. He died in 2006.

Review of the author's work by BC Studies:
Cannibal Tours and Glass Boxes: The Anthropology of Museums
Manlike Monsters on Trial: Early Records and Modern Evidence


In a world that often seems filled with conflict, Dr. Ames is a counterbalancing force whose life has been dedicated to the understanding and communication of the world's peoples and diverse cultures. Dr. Ames' early research interests during his undergraduate years at UBC in the department of Anthropology and Sociology set the scene for what would be a career characterized by community service, a belief in inclusion and access to education for all, and a desire to educate the world about the peoples of the northwest coast and South Asia and their rich cultures. Early in his career, he participated in a now famous T 9 5 6 social political and economic study of BC First Nations, concentrating his own research in communities on the Pacific coast. It was at this point in his career that Dr. Ames first became involved as a student assistant with the world renowned Museum of Anthropology (MOA), which at this time was located in the basement of Main Library.

After completing his doctorate at Harvard, Dr. Ames returned to his alma mater in the mid-'60s, reaching full professor status in 1970 and being named new director of the MOA in 1974. It was under his watch that the museum was moved, lock, stock and totem pole, to its present location in the striking Arthur Erickson-designed building overlooking Howe Sound. He believes that museums should serve communities and be especially answerable to those peoples whose work and history feature in collections. He feels a keen sense of duty to communicate the history and display the artefacts in the most effective way possible. He believes the museum represents what civil society should strive for and the MOA is a venue for many public performances and presentations that reinforce that ideal.

As well as his keen interest in First Nations communities, Dr. Ames has retained a lasting interest in religion and society in South Asia - the subject of his Harvard research - and has returned to the area many times, serving for a while as president of the India financed Shastri Indo-Canadian Institute that promotes Indian studies in Canada. Numerous DBC undergraduate and graduate students have benefited from this program by traveling to the area as part of their studies. He was also key in creating a course that examined the Downtown Eastside, studying the troubled urban area as a phenomenon and exploring the underlying socio-political causes. He is a big fan of the current 101 series of courses run in the Downtown Eastside and at Musqueam because they give access to resources and education for people who otherwise wouldn't have. Dr. Ames' professional interests are wide and he has served on numerous boards and committees for First Nations, arts, museums, and federal granting organizations. His insight is sought from many quarters and on several occasions he has enjoyed the hospitality and respect of indigenous peoples who have invited his presence and input in their countries. Dr. Ames achievements have not gone unnoticed. Among other accolades, he is a fellow of the Royal Society of Canada and a member of the Order of Canada. Part of DBC's vision expressed in Trek 2010 is internationalization and the desire to produce students who are truly global citizens. Dr. Michael Ames has been practicing this vision for the past 40 years. He also has a BA' 56 and PHD.