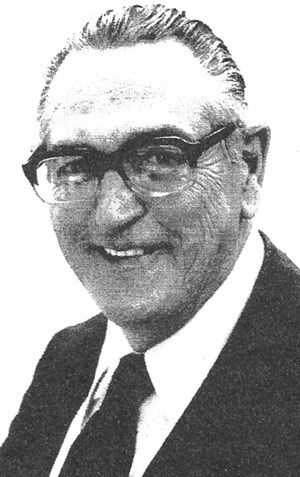 
Along with the likes of Art Downs, Bill Barlee, David Hancock and Garnet Basque, Frank W. Anderson pioneered the viability of unintimidating, populist history titles about frontier life in British Columbia although he himself was never primarily a British Columbian.

Born in Brandon, Manitoba in 1919, Frank W. Anderson has one of the most remarkable life stories of any Western Canadian historian. Orphaned at 18 months, he grew up in foster homes, reform schools and jails. At age 16, he was convicted of killing a prison guard and was sentenced to death. This was commuted to life and he spent the next 15 years in a penitentiary. There he completed his high school education and became the first prisoner in Canada to take University courses behind bars.

Paroled in 1951, he completed his Bachelor of Arts and took a Masters in Social Work from the University of Toronto. Joining the John Howard Society, he became a parole officer and visitor to the penitentiary where he had served life. Entering private practice, he developed a two-year course in human behaviour which was adopted by several colleges. Students established a scholarship in his name.

He was appointed by Prime Minister Pierre Trudeau to the National Parole Board in 1974. Placed in charge of the Prairie Region which covered Manitoba, Saskatchewan, Alberta and the North West Territories, he held this position until his retirement. In 1998, the University of Ottawa created the Frank W. Anderson Archives of Criminology to serve as a resource center for students across Canada.

He married Edna Marshal in 1955 and they had two children. He moved to Saskatoon in his retirement, where he temporarily ceased publishing. With his imprint Frontier Books, Anderson published more than 100 books on Canadian history written by himself and other authors, including Ken Liddell and W.O. Mitchell. He also wrote a book about women who were executed in Canada, A Dance with Death: Canadian Women on the Gallows 1754-1954 (Fifth House Publishers $16.95, ISBN 1-895618-82-7).

While based in Calgary, Anderson wrote, edited and produced numerous titles pertaining to British Columbia including his story of the Hope Slide that killed several people on the highway east of Hope in the wake of two minor earthquakes on January 9, 1965. His chronicle of the Frank Slide on the Alberta side of the 60-mile-long Crowsnest Pass recalls the massive rock slide that crushed approximately 100 men, women and children as well as the Hillcrest Mine disaster that killed 128 men.

According to researcher Duff Spafford, "He published his Frontier books out of Calgary, from the beginning in 1961 (Frank Slide Story) until he was named to the Parole Board in 1974. At that time he sold his publishing business and moved to Saskatoon, where he remained until his death. He resumed publishing in 1978, towards the end of his term with the Parole Board, and in time developed a new numbered series of books he called Gopher Books."

1971 For Goodness Snakes, SAGAS OF THE CANADIAN WERS 1:4;
Stagecoach Publishing;

1972 The Day They Shot Ole; SAGAS OF THE CANADIAN WEST;
Stagecoach Publishing, Vancouver

1972 The Murder of Constable Graburn; SAGAS OF THE GOLDEN WEST;
Stagecoach Publishing; (Ed.)