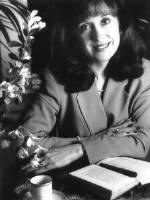 
Vancouver historian Patricia Anderson earned a Ph.D. in cultural and publishing studies history from UBC. While living in London, England, she was a deputy editor of the Journal of Newspaper and Periodical History, and co-editor of two volumes of a reference work on 19th and 20th century British publishers. Her book The Printed Image and the Transformation of Popular Culture 1790-1860 is an academic work that examines how workers and women initially responded to the printed image during the development of 'modern mass culture' in England. She has written for both academic and general readers on such topics as the mass media, popular culture, romance and the history of sexuality.

EMPLOYMENT OTHER THAN WRITING: Literary consultant

The Printed Image and the Transformation of Popular Culture (Oxford and New York: Oxford University Press), 1991; 1994


Patricia Anderson, Ph.D., a Vancouver author and Literary Consultant, has a scholarly background that takes in English literature, fine arts, social and cultural history, and publishing studies. A former Killam scholar, she has received awards for both research and writing; she is listed in Contemporary Authors, International Authors and Writers Who's Who, and Killam Scholars Who's Who.

For several years on the editorial board of the writers' magazine WordWorks, she currently serves on the board of the interdisciplinary journal Media History. She has also taught the business and history of the book trade in the Writing and Publishing and the Master of Publishing programs at Vancouver's Simon Fraser University. In addition, numerous presentations of her own unique workshop "The 4 Secrets of Getting Published" have led to a new series that includes an expanded version of the original workshop, "The 5 Secrets . . . ," and a country retreat for selected writers seeking publication.

She has written and published books, anthology contributions, articles, and reviews. Her books--which include Passion Lost (2001), When Passion Reigned (1995, 1996), The Printed Image and the Transformation of Popular Culture (1991, 1994), and a two-volume history, British Literary Publishing Houses, in the Dictionary of Literary Biography series (vols. 106 and 112, 1991, with Jonathan Rose)--have been praised in Reviews published in the New York Review of Books, Publishers Weekly, A.L.A. Booklist, Library Journal, National Post, San Francisco Review, Times Literary Supplement, and special-interest journals. Her work has been featured on CTV's Canada AM, CBC TV's Broadcast One Bookmark, BRAVO's Book TV, in the book and lifestyle sections of several newspapers, and on various American and Canadian radio shows.