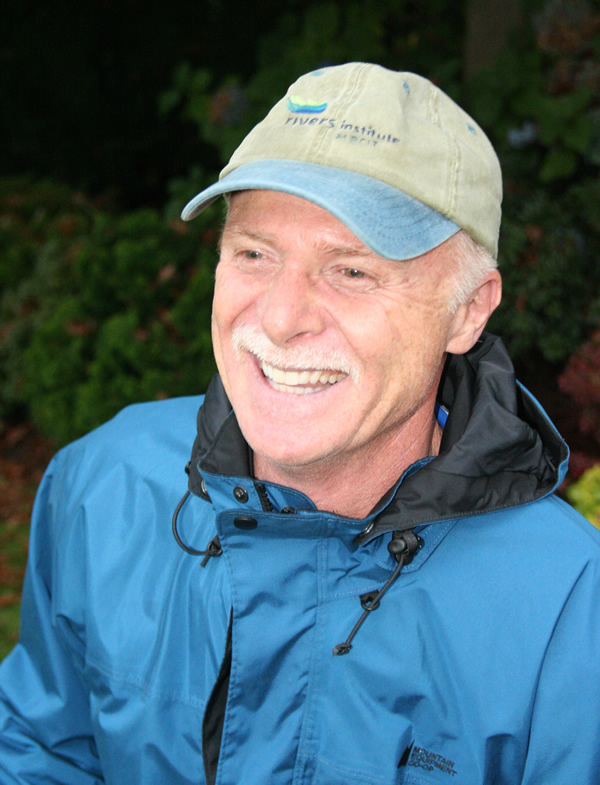 
Internationally-renowned river conservationist, Mark Angelo from Burnaby released his first illustrated children’s book, The Little River That Could (FriesenPress $12.99) to demonstrate how the power of one can impact change. The book is inspired by the true story of how Angelo, as a young teacher, led the charge alongside students, teachers, and community members to restore a small urban creek. “While the book tells the remarkable story of a single stream, its message about healing and restoring the environment is one that resonates with us all,” said Angelo. “Serving as a tribute to all those who have dedicated their lives to cleaning up damaged rivers, the book aims to raise awareness among children – and those influencing them – about the value of our local waterways. Simply put, healthy rivers and streams make our communities better and safer places to live.” Illustrations are by Ros Webb.

Mark Angelo is the founder and Chair of both B.C. and World Rivers Day and is Chair Emeritus of the Rivers Institute at the British Columbia Institute of Technology (BCIT). Angelo was also the long-time head of BCIT’s Fish, Wildlife and Recreation Program. He has received both the Order of British Columbia and the Order of Canada in recognition of his river conservation efforts over the past four decades. Among his many other awards are the United Nations Stewardship Award and the National River Conservation Award.  As an avid paddler, Angelo has traveled along close to 1000 rivers around the world. He has written more than 300 articles and essays about his experiences and conservation issues.