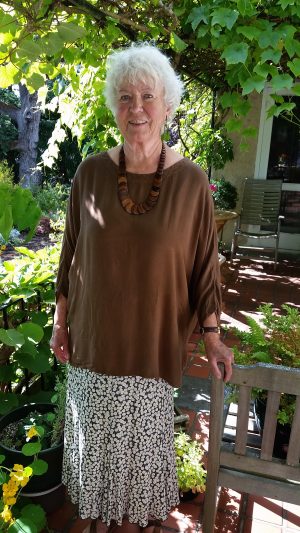 
Few figures in Canadian literature have been more heart-wrenching than Hugh MacLennan. Although he won five Governor-General's Awards, MacLennan never had much fortune to go along with his fame as Canada's first major 'non-colonial' novelist [Two Solitudes, Barometer Rising and The Watch That Ends The Night]. Although MacLennan has privately confided both his marriages were passionate, they were both difficult. His first wife could not have children and he ended up looking after his second wife, crippled with arthritis, during a prolonged illness. By 1979 he had taken her to Albano Terme in Italy seven times for treatment.

Anne Coleman's I'll Tell You a Secret: A Memory of Seven Summers (M&S, $29.95 2004) ostensibly reveals her intimate relationship with Hugh MacLennan during the 1950s, mostly during summers in the picturesque resort village of North Hatley, Quebec. In a confessional style, she relates how her emotional life became entwined with the athletic but sexually repressed classical scholar Hugh MacLennan during her coming-of-age.

â?˘ She is 14; he is 43. He is married but he doesn't have children. Every summer their families meet at North Hatley where Anglophones play tennis and swim. When she watches him play tennis, he seldom loses. She precociously reads War and Peace and hopes to become a writer. They have long meaningful conversations. He happens to be Canada's foremost novelist in the 1950s.
That's the set-up for I'll Tell You a Secret. She calls him Mr. MacLennan. She is in love with him and he gives her rides. She says, "I sometimes wish you were my father."; Their long talks are recalled, word for word. They're swimming. But do they touch? "There is a memory that I cannot place, nor can I extend it. It hovers tantalizingly as a fragment."; She imagines what is must be like to make love in the water.

â?˘ She is 18; he is 47. She attends McGill. He calls her Miss Coleman. His wife dies. Anne is slated to marry an ardent suitor named Frank, but she is retaining her virginity. She is wary of sex. She wants Mr. MacLennan to save her. "I am holding Frank off,"; she writes, "because as soon as I give in to him, Mr. MacLennan will no longer love me.";

â?˘ She is 21; he is 50. Having spent most of his own teenage years in Nova Scotia sleeping year-round in a backyard tent, he must have sensed her own isolated despair. "I think you are someone who will do something truly remarkable,"; he says, encouraging her to be an artist. "I can't be sure what it will be, though I know you want to write."; In his own way, Mr. MacLennan, does try to save her. He recognizes who she is, or who she could become. But she responds like a jilted lover and he begins to disappoint her by burrowing in his own troubles. A poignant figure, Hugh MacLennan remarries, childlessly again. She sees him as bitter and sad. "It is hubris, the old sin of pride,"; writes Coleman, whose own marriage collapses, "to imagine I could have had the power to save him.... "And yet I am guilty of it still, that hubris. In some corner of myself, I still think that love, my love anyway, should have had that power.";

I'll Tell You a Secret never delivers the big reveal of its come-on title, just the bated breath. It is laudable as a poignant effort to reconcile the past. Or else it is dismissable as a literary tease. Or it's a mixture of both. Either way, I'll Tell You a Secret is a beguiling, one-sided evocation of hunger pangs for love, unrequited. Hugh MacLennan died in North Hatley at age 83, evidently having failed to be seduced by a teenager less than half his age. Coleman received a Governor General's Award nomination for I'll Tell You a Secret in 2004.

In 2018, Anne Coleman published a follow-up memoir called Inland Navigation by the Stars (BPS Books $25.95) that covers eight decades. It is again set in North Hatley, Quebec (and involves the young lives of various Canadian writers, for example Michael Ondaatje and Margaret Atwood, as well as of Anne herself), and then also in Toronto, Montreal, and finally, British Columbia. She describes it as "a searching exploration of how memory works and how we create narratives to make sense of them as, towards the end of life." Coleman sifts for truth out of the various 'selves' she has been: student, teacher, wife (twice), mother, feminist, writer. 978-1-77236-045-5

Born in Toronto, Anne Coleman received her B.A. from McGill and her M.A. in English from Bishop's University. She taught for six years in Montreal's English district of Westmount before her 30-year teaching career in Kamloops at the University College of the Cariboo. She lives in Victoria.