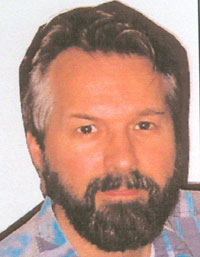 
Robert Graham Anstey was born in Winnipeg, Manitoba on July 4, 1949 but has spent most of his life in Vancouver. He is the founder of West Coast Paradise Publishing, a company that mainly publishes his books and chapbooks of poetry. In 1995, Anstey took over Teak Roundup, a prose and poetry magazine that he operated under the aegis of The Way Publishing and Consulting. During the 1960s, Anstey organized a series of rock bands culminating in Sandalspring in 1968. They played at venues around Vancouver including UBC and SFU. He began songwriting in the late 1960s and also writing poetry. His first poetry book called Everything Was Fine 'Til the Puppy Died was self-published in 1970. During the late 1970s and 1980s Anstey laid aside his writing and songwriting to raise a family but returned to writing and publishing books in the early 1990s. He has written over 100 books and chapbooks on a variety of subjects as well as more than 1400 songs. Also a painter, he now resides in Sardis, B.C.

His 2005 title Beatles's Gigs proceeds from the group's early incarnations as the Quarry Men do the end of their touring days in 1966--and beyond. "The Beatles were possibly the hardest-working band that ever was," says Anstey, "as they not only performed for up to seven hours at a time, seven days a week in Hamburg, they often performed one, two and even three gigs a day from 1961 to 1963 in Great Britain." Having released his Poems from Tuscany in 2005, Anstey idealized rural Italy with a poetry narrative about the loving relationship between a father and daughter in a little house named Rustica in Bella Italia. The pair take idyllic field trips to Sorrento, to Florence, to Siena, etc., and her life-long appreciation of art is kindled and nourished.

Articles: 1 Article for this author
Beatles With An ‘A’
Info


Sardis-based chapbook publisher, poet and editor of Teak Roundup, Robert G. Anstey has compiled a 2000 Publicity Source List and Canadian Small Magazine Directory as well as his own thoughts and insights on The Beatles entitled Beetles With An 'A' and his Notes on Woody, based on his appreciation of Woody Guthrie and his music. (604-824-9528)