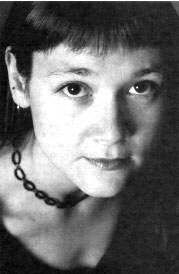 
Born in New Brunswick on March 26, 1974 and raised in St. Stephen, Tammy Armstrong arrived in B.C. in 1992. She lived in Vancouver for eight years and gained an MFA in Creative Writing from the University of British Columbia prior to moving to Halifax and working as an ESL instructor. Her first novel called Translations: Aistreann won the New Brunswick Writers Federation's David Adams Richards Prize in 1999. Her first collection of poetry, Bogman's Music, won the Alfred G. Bailey Award, and was nominated for a Governor-General's Award. Take Us Quietly, a finalist for the CBC Literary Award, was published when she was living in Fredericton.