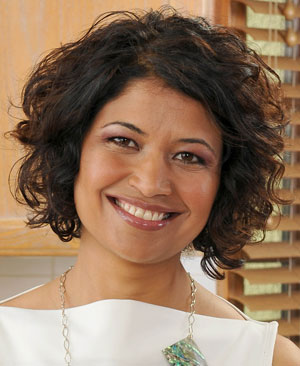 
A Vancouver-based cooking school teacher, Bal Arneson hosts the cooking show 'Spice Goddess' on the Food Network in Canada and the Cooking Channel in the U.S., having won the 2011 Canada (English) award for best Asian cuisine cookbook at the Gourmand World Cookbook Awards for her second book, Bal's Quick & Healthy Indian (Whitecap). In the same year she appeared as a judge for the TV program Iron Chef America.

According to promo materials, Arneson began to learn how to cook over coals in a small clay pit at age seven, taught by elders in a village in the Punjab. In 2014, she was living in Vancouver with her 17-year-old daughter Anoop and her eight-year-old son Aaron. Her new cooking show which aired in January of 2014, 'Spice of Life,' was accompanied by her third book, Bal's Spice Kitchen (Whitecap).