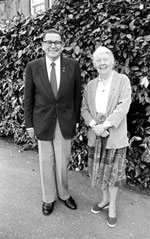 
"There were so many fish in Discovery Passage then you could walk on them!"; - HARRY ASSU

A professional fisherman for over half a century, Harry Assu traced his family and tribal history in Assu of Cape Mudge (1989), co-written with Joy Inglis and with illustrations by Hilary Stewart. It recalls his father's famous potlatch of 1911 and his first boat, a 12-foot cedar dugout fitted with oars. "I got paid fifty cents for each salmon at the cannery at Quathiaski Cove,"; Assu told Inglis.

Assu's father was renowned Lekwiltok chief Billy Assu (1867-1965) who brought the first gas boat to Cape Mudge, helped his sons outfit their first gill-netter and convinced federal authorities to allow Aboriginals to become seine-boat skippers. The Assu family is well-regarded for guiding the Cape Mudge Band, the biggest of the four Lekwiltok bands in the Campbell River area, to prosperity and relative independence.

Harry Assu skippered his first seiner at age 29 and bought his boat, the BCP 45, in 1941. Harry Assu took over the Cape Mudge chieftanship from his father in 1954. Five years later, when Assu was the oldest skipper in the B.C. Packers fleet, his seiner was selected to serve as the model for the engraving on the Canadian five-dollar bill. If you look carefully in the background of the 'old' five-dollar bill, you'll also see a second seiner, Bruce Luck, which was owned by Assu's sons.

The Assu family is known for favouring entrepreneurial management of Aboriginal resources, having helped to form the Pacific Coast Native Fisherman's Association, forerunner of the Native Brotherhood. "We were always able to take care of ourselves,"; Harry Assu told Inglis. "Indians don't join unions. I look at it this way. There is no help from the unions.... It's the company that gave you the job.";