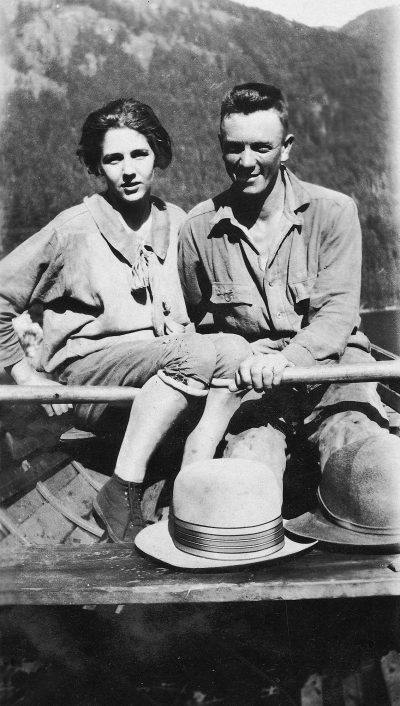 
Born on Denman Island in 1902, he began working in the woods at age 14. In 1934, he, along with his two brothers, established Baikie Brothers Logging Company Ltd. Over the next 30 years, Baikie and his partners were joint owners of several companies engaged in logging, saw mill operations, and land clearing and development. They also operated the Denman Island Ferry from 1936 to 1953. Baikie was elected to the Campbell River municipal council in 1966 and served for 12 continuous years. He was active in the Rotary Club, the Masonic Lodge, and the Truck Loggers Association. Baikie published three books: the autobiographical Rolling With the Times, Strathcona, and From Gypo to B.T.O., a history of the Truck Loggers Association of which he was a founding member. He died in 1987.