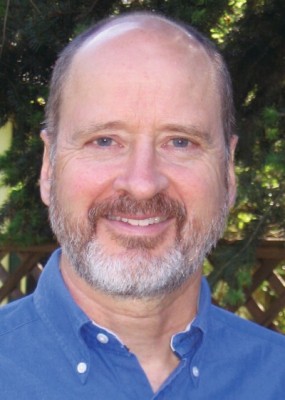 
In 1995, Bruce T. Batchelor started one of the world's first print-on-demand based publishing services, Trafford Publishing. He has claimed it was the world's first such operation--but it's bit hard to prove. The Victoria-based operation was acquired by U.S. competitor Author Solutions Inc.

"In a strange turn of events," he writes, "after I left the company, the publishing division and Trafford name was not sold but was traded away to a US competitor, in exchange for a loosely-worded pledge to have some book printing done at the Victoria plant. The remaining Trafford division in Victoria (the POD printing plant) went into bankruptcy soon afterwards. The acquirer of the Trafford Publishing division was Author Solutions who had just bought iUniverse and Xlibris, the other main players in this field. Author Solutions was bought a few years later by Random House's investment group - likely much to the chagrin of their book publishing division."

Batchelor has since become editor and publisher for his own Agio Publishing House in Victoria, a "collaborative publishing company." He also provides management consulting services to government, non-profit and publishing industry clients. According to Batchelor, in North America in 2008, more titles were published using the print-on-demand publishing approach than by the conventional method.

Also a self-published author, Batchelor is an occasional guest lecturer at Simon Fraser University's Canadian Centre for Studies in Publishing. He is a mentor to UVic business students and a Quantum Shift Fellow at University of Western Ontario's Ivey School of Business. He was a finalist for Ernst & Young's Entrepreneur of the Year award.