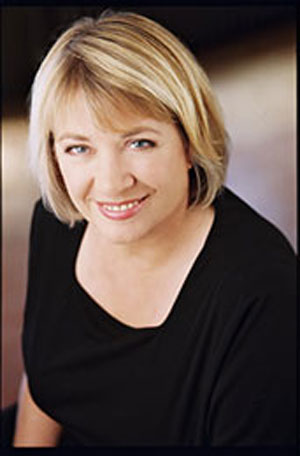 Articles: 1 Article for this author
P.S. Don’t Tell Your Mother A Story of Love, Tolerance and Lessons Learned Between a 13-Year-Old Girl and Her Irish-Canadian Nan
Press Release (2010)

In the book, which centers on day-to-day life in Nana Noonan's hometown of Telkwa, B.C. (population 852), readers are immediately drawn into the small-town goings on through Nana's letters to her granddaughter, Maggie Mulvaney. Maggie likes it that Nana is Irish. But she has a temper. The one thing that really gets Nana going is Telkwa's only Jehovah's Witness. "That Damn Jehovah!" is the incessant phrase in the hundreds of letters Nana sends. Living 150 miles apart, Nana and her letters show Maggie the human aspects of life. The Jehovah's Witness is hell-bent on saving Nana. His high hopes on salvation equal her intent to remain as she is: hell-bent on being herself. After all, she is an Anglican.

To Nana, the Jehovah's Witness is not just trying to impose his religion-he also represents an undercurrent in northern and rural Canada in the 1960s-prejudice. He doesn't like Nana's best friend, a native Indian woman named Tyee Mary. In this humourous and touching tale, Margo Bates shows how her Nana stands up to prejudice in the north. She does it the only way she knows how-using her Irish temper and some fine-tuning with a shotgun.

Nana tells Maggie that it is important to be fair to your fellow humans-as long as they don't drive you to do something foolish. Maggie thinks about the lessons learned at Nana's knee. She writes back and offers suggestions on how Nana might better deal with the Jehovah's Witness.

The townsfolk place bets on Nana and the Jehovah's Witness and when they will have their next "set to." Nana doesn't disappoint. Cash exchanges hands on a fairly regular basis.

Only two people visit Nana more often than her family: Constable Reems of the Royal Canadian Mounted Police, and her ill-fated devotee, who visits every Saturday, rain, shine, sleet or snow. Nana and the Jehovah's Witness reach a stalemate one fall day in 1960. Nana, her Irish temper and accuracy with a gun get the better of her. And "That Damn Jehovah."

Margo Bates' second book in the P.S. series, Queen of the Gated Community, is due in the autumn of 2010. A compilation of family memories, recipes and anecdotes is in her cookbook, Favourite Recipes from the Telkwa Café, which will be released in the spring of 2010.