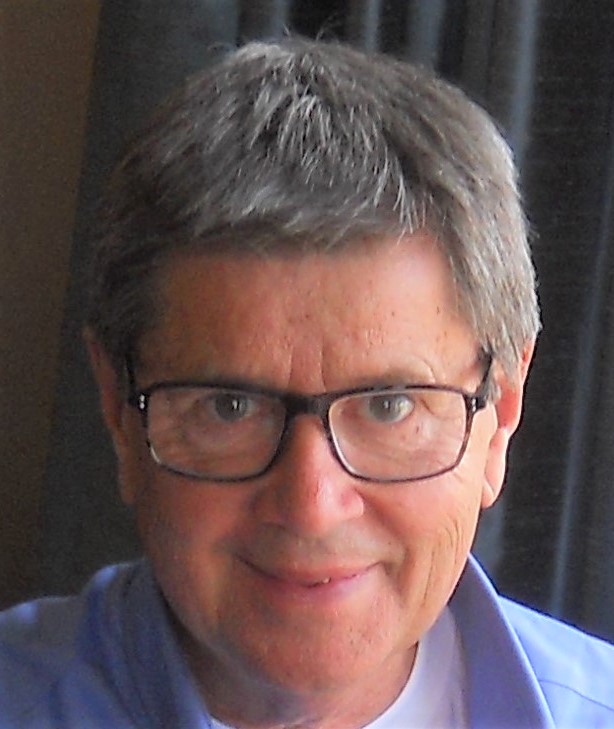 
B.R. Bentley of Nanoose Bay was born in Cape Town in 1946. He has lived in South Africa, Canada and Bermuda while enjoying a successful career as a banker and corporate executive. An enthusiastic sailor, scuba diver, and occasional art collector, he arrived in Canada in 1978.

B.R. Bentley's first novel, The Cross, was inspired by the theft of the Tucker Cross from the Bermuda Maritime Museum in 1975. After lying undisturbed in the ocean for almost 400 years, the emerald-encrusted solid gold cross was discovered off the coast of Bermuda at the site of the wreck of the Spanish galleon, San Pedro, in 1955. Twenty years later, shortly before an official visit from Queen Elizabeth II, the staff at the museum would learn that the cross had been stolen; switched in its case with a worthless replica. Despite an international investigation by its insurer's and the police, it would never be recovered. Bentley?s novel, The Cross is a fictional account of the theft. [See below]

In a sequel, The Bermuda Key, Bentley has revisited the investigation into the disappearance of the original cross, while simultaneously following the attempts of the various protagonists to obtain possession of a priceless key hidden within. Only one of the original salvage divers and a mysterious group of cardinals known as the Silenti, are aware that the cross contains a hidden key. Only the cardinals know of the key's significance to the Papacy.

Bentley?s third book, The Banker?s Box, whose characters include a flamboyant Vancouver banker, a rakish CSIS Intelligence Officer, and an ambitious B.C. premier, delves into the worlds of high finance, politics and crime. Set in British Columbia against the backdrop of the dynamic global LNG shipping industry, the threads of the novel?s multifaceted plot stretch from B.C. to Asia and beyond.


The still unsolved mystery of the theft of a valuable gold and emerald artifact from a Bermudian museum has served as the inspiration for a new book by a former Bermuda resident.

The Cross - written by B.R. Bentley - was inspired by the theft of the Tucker Cross in 1975.

Mr. Bentley lived and worked in Bermuda from 2007 through 2011 and said he "absolutely loved it.";

The Canadian citizen [B.R. Bentley is a pseudonym under which he writes] said he was intrigued by the story of the Tucker Cross from the moment he first heard of it in 2007, and thought it would make a great novel and/or movie.

Found by legendary Bermudian diver Teddy Tucker in 1955, the emerald studded 22 karat gold Tucker Cross was considered one of the most valuable pieces of sunken treasure ever found at that time, and is believed to have come from a Spanish galleon which was lost on the reefs in the 1500?s.

In 1975, just before an official visit by Queen Elizabeth II to the Maritime Museum to view the treasure, it was discovered that somehow the Tucker Cross had been stolen and a replica left in its place.

Despite an investigation which reputedly involved multiple international agencies, the original has never been recovered, and the crime remains one of the marine community's greatest unsolved mysteries.

The book's description says, "After nearly 400 years, an emerald-encrusted gold pectoral cross belonging to the Catholic Church is discovered by two salvage divers off the coast of Bermuda.

"Carried by an Augustinian friar on the ill-fated Spanish galleon San Pedro, which sank in 1596, the cross contains a priceless hidden key.

"Displayed in the Bermuda Maritime Museum since its discovery, it is not until Queen Elizabeth's visit to the island nine years later that the cross in the museum is found to be a fake,"; the book's description continued.

"Who made the forgery and who stole the original cross? Who has the key and what is its significance to the Church?

"Inspired by real events, the crime on which The Cross is based remains one of Bermuda's greatest unsolved mysteries. Fact and fiction are skilfully woven together throughout this debut novel from author B. R. Bentley as the characters conspire to achieve their aims.";
Bermuda News