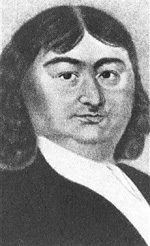 
"We do not know this country, nor are we supplied with provisions to keep us through the winter."; -VITUS BERING

Although Russian expeditions in the 18th century reached California, and Japanese sailors reached Mexico and California even earlier, there are no recorded Russian or Japanese landfalls in British Columbia territory. Aleksei Chirikov came closest in 1741, but by far the most famous of the Russian explorers via Asia was the Danish-born Commander Vitus Jonassen Bering, whose activities had an enormous influence upon subsequent maritime explorers of the Pacific Northwest.

Vitus Bering is often wrongly credited with confirming the separation of the two continents in 1728. Bering was not the first Russian to sail into the Bering Strait. That distinction was earned by a little-known Siberian Cossack, Semen Ivanovitch Dezhnev, who sailed around the extreme northeastern tip of Siberia in 1648.

Of the seven small ships that Dezhnev led from the mouth of the Kolyma River, with 90 men aboard, only two ships returned. No ship's log or maps survive-but some historians have concluded Vitus Bering knew about Dezhnev's voyage into the Arctic, for three reasons: A Dutchman named Nicholaas Witsen had visited Moscow in 1665 and gathered enough geographical information to publish a four-sheet map of Russia in 1687 and this map incorporated both the Kolyma and Anadyr Rivers, the latter river being the furthermost point, at about 176Âº east, that Dezhnev had reached. Secondly, a report on Bering's maritime feats in the St. Petersburg Gazette in 1730 states that Bering had "learned from the local inhabitants that fifty or sixty years before a vessel arrived in Kamchatka from the Lena,"; likely a reference to Dezhnev. Thirdly, and most conclusively, in 1786, a scientist named Gerhard MÃ¼ller, who was on the Great Northern Expedition, uncovered a written account of Dezhnev's 1648 voyage in eastern Siberia at the government offices in Yakutsk.

MÃ¼ller made a map based on the information about Dezhnev's voyage. Verification of Dezhnev's accomplishment was not printed in Russian until 1742. This 1742 report was not widely circulated until the Russian Academy of Sciences re-published the information in 1758. By this time the strait that separates Asia and North America had already been named after Bering.

Born in 1681 in Horsens, Denmark, Bering served for 38 years with the Russian fleet and was encouraged secretly to explore the North Pacific by Tsar Peter the Great. The written record for his final doomed adventure was rendered for posterity mainly by his second-in-command, the Swede Sven Waxell and his German-born scientist Georg Wilhelm Steller. Along with Ferdinand Magellan and James Cook, Bering never survived his final voyage.

Bering's last expedition sailed in September of 1740 from Okhotsk accompanied by the St. Paul under the command of Aleksei Chirikov. After wintering in Kamchatka, Bering and Chirikov sailed into the Pacific Ocean from Petrovskaia (Petropavlovsk) in June of 1741. The dual commanders became permanently separated by fog or storms on June 20. Vitus Bering was also not the first Russian mariner to glimpse North America. Michael Gvozdev was the first to record his sighting of a 'large country' (bolshaya zemlya) while sailing east of Siberia in 1732. When Bering first sailed through the Bering Strait in 1728 aboard the St. Gabriel, he had been instructed by Peter the Great in 1725 "to find out where it [Asia] joins America...."; But Bering failed in this mission. He was so beset by fog that he was unable to glimpse North America. Proceeding only as far as 67Âº north, he never conclusively proved that Asia and North America were separate continents.

It's often assumed that Bering must have accomplished the first proven landfall on the north Pacific Coast by Europeans during his follow-up voyage in 1741. In fact, Bering's sailing partner, Aleksei Chirikov, preceded Bering's landing by five days when his crew made landfall north of Dixon Entrance, in Alaskan territory, on July 15, 1741.

When Bering's expedition first sighted North American land on July 17, Bering was congratulated by his men but he was not cheerful. He told his scientist Georg Steller, "We think now we have accomplished everything, and may go about greatly inflated, but they do not consider where we have reached land, how far we are from home, and what may yet happen. Who knows but that perhaps trade winds may arise which may prevent us from returning? We do not know this country, nor are we supplied with provisions to keep us through the winter.";

Bering's words were prophetic. Beset by scurvy, Bering's crew was reduced to ten active men by October. Bering could leave his hammock. The St. Peter was driven onto the beach as the men desperately sought shelter, ripping a hole in the hull. Vitus Bering died on December 8, 1741 on Bering Island, east of Kamchatka. He was buried in a sandbank on the side of a wind-swept hill. Details of Bering's ill-fated expedition are mainly recorded by Sven Waxell, G.W. Steller and the logbooks that have survived. Of the 80 men who had sailed with Bering from Petropavlovsk six months before, only 45 were still alive by the end of 1741. [See Waxell entry]

The Journal of Captain-Commander Vitus Bering and Lieutenant Sven Waxell 1741-1742 from Petrovskaia Harbor to the East written on the boat Petr, from May 24, 1741 to September 7, 1742.

MÃ¼ller, Gerhard Friedrich. Nachricten von Seereisen (St. Petersburg, 1758). Translated by T. Jefferys as Voyages from Asia to America, for Completing the Discoveries of the North West Coast of America (London, 1761). Translated by Carol Furness as Bering's Voyages: The Reports from Russia (University of Alaska Press, 1986).

Sarychev, Gavril. Account of a Voyage of Discovery to the North-east of Siberia, the Frozen Ocean and the North-east Sea (1806; Amsterdam: N. Israel, New York: Da Capo Press, 1969).

Coxe, William. Account of the Russian Discoveries between Asia and America (London, 1780).

Fisher, Raymond H. Bering's Voyages: Whither and Why (University of Washington Press, 1977).