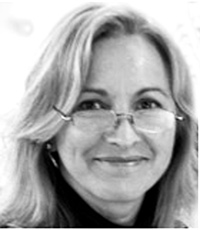 
Born and raised in Valemount, B.C., Beverly Cramp has degrees from Simon Fraser University (B.A.) and the University of Calgary (MBA). A respected freelance journalist who has written about architecture and art for decades, she first co-wrote Vancouver Book of Everything (MacIntyre Purcell Publishing $14.95) with Samantha Amara. Beverly Cramp's second book, Pacific National Exhibition: 100 Years of Fun (Echo Genesis 2010), won a silver prize from the Independent Publisher Book Awards in 2011 in the Canada-West, Best Regional Non-Fiction category. Her forthcoming third book is a history of Dayton Boots, a company that makes handcrafted boots and shoes in Vancouver. An associate editor of B.C. BookWorld, she previously edited a newspaper for the Musqueam Indian Band for three years, and served as Executive Director of the BC Book Prizes in the 1990s. She also manages a business that guides people through the process of publishing books, most commonly memoirs. After many years of working as a freelance colleague with Alan Twigg and David Lester of B.C. BookWorld, she took over the publisher's role of that publication as of the Summer issue, 2019.