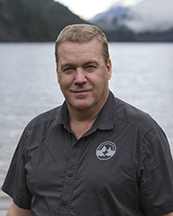 
Trapped on the second-highest peak in North America, Mount Logan, during an extratropical cyclone would be a mountaineer's worst nightmare. As vividly recalled in his co-written memoir, Surviving Logan (Rocky Mountain Books, $28), Erik Bjarnason has lived to tell the bad dream. This story of bravado and dogged determination is co-authored with Cathi Logan.

A 40th Anniversary Expedition to Mount Logan was organized in May of 2005 by North Shore Rescue. The expedition was standard, and the team was comprised of experienced mountaineers including search & rescue personnel. Beyond anyone's control, things took a dreadful turn for the worst on May 25. With winds raging up to 140 km/h, a rare extratropical cyclone trapped three members of the team on an exposed ridge known as Prospector's Col.

With only a tent for shelter Don Jardine, Alex Snigurowicz and Erik Bjarnason huddled for over 20 hours, until their only protection began to disintegrate. Trained for survival in extreme circumstances, Bjarnason's companions started work on a snow cave while Bjarnason melted snow so that they could rehydrate.

Bjarnason nearly lost his life when a gust of wind ripped the tent from its ice screws, almost spitting him off the ridge, before it abated over the edge of the mountain. He had his life, but they had lost most of their gear except for two sleeping bags, a sleeping pad, a pot lid and an ice axe. Worst of all, Bjarnason's hands were now exposed because he had lost his ovenmitts.

It was time to wait out the snow storm or die, whichever came first.

The three men took shelter in a snow cave built by Snigurowicz and Jardine. By morning the storm had passed. But hypothermia, severe frostbite and three feet of new snow prevented a retreat from the mountain. The trio was eventually airlifted off the mountain by a Lama high-altitude aircraft through the combined efforts of North Shore Rescue, the Alaskan Air Guard, Denali National Park staff and the Canadian Park Service.

After losing all of his fingers, and one thumb it seemed impossible for Bjarnason to continue his career as a firefighter and mountaineer. But Bjarnason retrained and requalified for his career job as a North Vancouver firefighter. Just thirteen months after his rescue from Mount Logan he climbed Europe's highest peak, Mount Elbrus, in Russia.

Erik Bjarnason has been on expeditions to five of the Seven Summits, including Everest, which he visited after loosing his fingers on Mount Logan. He has climbed mountains across five continents, completed a month-long dogsled trip to the magnetic North Pole and he has explored the entire length of the Amazon from the highest point in Bolivia to the Atlantic Ocean. A long-time member of North Shore Rescue, Bjarnsaon lives in North Vancouver.

Cathi Shaw of Summerland is the author of the young adult series The Marked Ones (Ink Smith Publishing) and co-author of Writing Today: Canadian Edition (Pearson Canada). She teaches professional, academic and creative writing at the university level. Shaw was born on the North Shore of Vancouver and made her home there for more than twenty years.

In Surviving Logan, Erik Bjarnason of North Vancouver and his cousin Cathi Shaw of Summerland have joined with Rocky Mountain Books to produce what reviewer PearlAnn Reichwein calls an “unforgettable high-altitude mountain adventure” on Canada’s highest peak, Mt. Logan in the Yukon.

Reichwein teases out the familiar themes of mountaineering literature including hope, anticipation, hypermasculinity, triumph over adversity, and survival, in addition to themes specific to Erik Bjarnason’s recovery from his disfiguring disability caused by severe frostbite -- brotherhood and family, caring, and coping with discriminatory institutions. – Ed.
*
Fans of suspense and action in mountaineering non-fiction need to look no farther than Surviving Logan for a gripping read. In May 2005, a team of Canadian mountaineers was trapped by an extratropical cyclone on Mt. Logan (5959 m), Canada’s highest peak. This book, co-authored by Erik Bjarnason and Cathi (Bjarnason) Shaw, brings to life their survival in a non-stop page-turner.

Epics on the world’s Seven Summits are typically a genre of life-defying extremes at high altitude in a hypermasculine mode. This book steps out farther to share the story of protagonist Erik Bjarnason as a single family man who comes home and adapts to life after severe frostbite. As a career firefighter in the North Vancouver City Fire Department and a volunteer member of the North Shore Rescue (NSR), Bjarnason sets a new high for adaptation to differently abled strengths. But first, he confronts his past and present in extraordinary circumstances.

The expedition for Mt. Logan was made up of a crack team of experienced NSR volunteers and elite mountaineers from Vancouver in 2005. They planned their trip to celebrate NSR’s fortieth anniversary as a volunteer search-and-rescue (SAR) unit; NSR was established in 1965, emerging from its origins in postwar civil defence, and has performed more than 2,500 rescues in the last fifty years on the wild British Columbia coast, often only an hour away from city limits.

By contrast, Mt. Logan is wild and remote, far away in the Yukon’s St. Elias Range some 175 km north of the border with B.C. Its first recorded ascent was in 1925. Today it remains without airborne rescue service at high elevation in Kluane National Park. Mountaineers rely on themselves, but this has a double meaning.

When disaster strikes with cyclone-force winds of 140 km/h, three climbers cling to Prospector Col for sheer survival. Bjarnason suffers severe frostbite to his hands and literally freezes to a rock as winds nearly blast him off the col. But he survives thanks to unexpected and timely intervention, deus ex machina, in the form of coordinated SAR involving Vancouver NSR, Alaska Air Guard, Denali National Park, Parks Canada, and the RCMP.

On his return, despair dogs Bjarnason while he is confined to hospitals and a burn unit during multiple surgeries to rebuild his hands. Hope returns with renewed outings to Mt. Seymour and his determination to climb again.
The writing captures the beauty and brilliance of glaciers and high altitude as the team skis up the King Trench. We get inside Bjarnason’s mind in the opening half of the book as he reflects on his children and family in ways not often found in high-altitude thrillers. He atones for past mistakes and hopes they know he loves them and will remember him, a sentiment expressed near death and again in survival. He also speaks to the caring of his fellow climbers, an admirable trait infrequent in hypermasculine climbing stories -- yet conventional masculinity is persistent and hampers his own beliefs about manhood and disability.

A linear plot of triumph over adversity unfolds as Bjarnason fights his way back against the storm, the mountain, and his own sense of self. But what lies underneath is also a story of sexist and discriminatory institutions as well as bullying that seek to limit his return to active service as a firefighter with reconstructed hands.

Challenged by twin myths of masculinity and physical ability, Bjarnason trains tirelessly to prove himself to the fire department, but he still confronts obstacles often faced by women -- physical adaptations to operating equipment, jeers about his inferior body, and responsibilities as a single parent on the job. Here his union and a few good men help him win the day down at the fire hall. In the background, his insightful Icelandic-Canadian mother and relatives also help him push forward and climb again to resume a new normal.
Bjarnason will not be defeated, and, only a year after his injuries, he climbs Mt. Elbrus, Russia, on Canada Day 2006, with quiet and caring support from his NSR rope mates. The adrenalin-loving rescue men reveal a capacity as tough mountaineers with heart, often doubling as paramedics and first responders to earn a living.

In Surviving Logan, tropes of brotherhood and family are engaged at the fire hall and on the mountain, but more subtle interactions are complex and perhaps tell between the lines. Co-author Cathi Shaw’s foreword lends this impression as she describes her cousin Erik Bjarnason and their family’s Icelandic origins as B.C. coastal settlers. She also reports having “strange dreams of the cold and the sound of howling winds” just as Eric endured the elements.

Co-authorship brings to light Erik’s story in new ways, even for family and team members, eleven years later in this book. It might also be added that Icelanders share a philosophy about being on the land and a way of living outdoors that seem relevant to Erik’s story and sense of strength and freedom, although it’s not highlighted by the authors.

Complete with dust jacket and 26 colour photos, Rocky Mountain Books has produced a pleasing-to-read hardcover design. At times, the language and dialogue, with expressions like “thunderously” and “heck,” bear hallmarks of juvenile literature more than a typical mountaineering narrative by John Kraukauer or Joe Simpson, but perhaps that is part of its counter-narrative.

Surviving Logan is a story of home-grown heroes and a northern region with the world’s largest non-polar ice fields. The book drives a plot full of anticipation suitable for many readers young and old alike. Moreover, it shouts out the dedicated work of North Shore Rescue volunteers and many first responders, much as it reveals a depth of human spirit in the face of change, both personal and social, led by persons of all abilities, shapes, and sizes.
This unforgettable high-altitude mountain adventure also says much about “being on a mountain, learning the wisdom of that peak and listening to the elements” (p. 59) – tips of respect and survival on the very ceiling of Canada.

PearlAnn Reichwein, Ph.D., is a historian and associate professor at University of Alberta. She teaches in the Faculty of Physical Education and Recreation. Her expertise is Canada’s history of mountain regions and prairie west. Her first book Mountain Diaries: The Alpine Adventures of Margaret Fleming, 1929-1980 (Alberta Historical Society, 2004), co-edited with Karen Fox, comprised the papers of a climber and editor of the Canadian Alpine Journal. Her second book, Climber’s Paradise: Making Canada’s Mountain Parks, 1906-1974 (University of Alberta Press, 2014), was awarded the Canadian Historical Association’s prestigious Clio Prize and the INDIEFAB Book of the Year Honourable Mention for Ecology and Environment. Her work was twice nominated by the Banff Mountain Film and Book Festival. She has worked in urban parks, national parks, and UNESCO World Heritage Sites in Alberta and British Columbia as a public historian and park interpreter. She volunteers for Sierra Club Canada Foundation and North Saskatchewan River Valley Conservation Society. She is an avid traveller and book collector, interested in sharing the outdoors and Canada’s heritage.