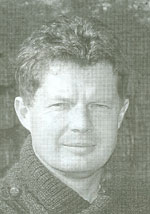 
SFU geographer and author of:

Rights of Passage: Sidewalks and the Regulation of Public Flow (Routledge 2010).


As an academic who once lived in his area of research - the downtown eastside - you could say Nick Blomley has lived and breathed his work. The region provides a focus for the SFU geographer's latest book, Unsettling the City, which grapples with his concerns over how property is viewed, and how problems associated with gentrification as well as aboriginal land claims are generated by concepts of property.

Gentrification refers to the restoration of run-down urban areas by the middle class, resulting in the displacement of lower-income people.

Blomley, who has spent much of the past decade researching and participating in community work in the area, argues that gentrification and colonialism have produced an urban landscape in which liberal notions of property clash with collective understandings of land rights. "Yet, while practices and conceptions
of property can be used to dispossess the poor and native people, property must also be thought of as a crucial basis for political claim-making and creative opposition," he notes.

"The decade long controversy over Woodward's looms pretty large in my account," he adds. While there is much literature concerned with urban conflict, very few scholars take property seriously, says Blomley. "I argue that our definitions of property itself need to be unsettled, in order to acknowledge the empirically diverse and ethically varied dimensions of ownership, which, as a consequence, leave cities as rather unsettled places, prone to conflict over some of these diverse types of property."

In his new book, Blomley also looks at the impacts of squatting, community gardens, parks and zoning. He acknowledges what he calls the continued injustice associated with the dispossession of aboriginal people in B.C.
"It also reflects my conviction that property is far too important a
concept to be left to the lawyers," he says."For whatever reason," he adds, "property has fallen off the academic radar, which seems odd, when one acknowledges property's importance to social and political life." -- Simon Fraser University