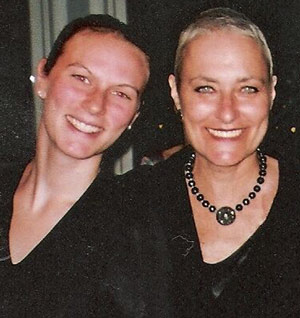 
"In my family, there is one great hero we always carry in our hearts and to whom we will be forever grateful: Chiune Sugihara."-- George Bluman

As keynote speaker for the 15th annual Vancouver gathering to celebrate Raoul Wallenberg Day organized by the Wallenberg-Sugihara Civil Courage Society, George Bluman told his audience at the Vancouver Planetarium in 2020 how 23 members of his family owed their lives to the Japanese diplomat Chiune Sugihara. George Bluman's Vancouver-born sister Barbara Bluman has written about their parents' escape to Canada, with Sugihara's assistance, in I Have My Mother's Eyes: A Holocaust Memoir Across Generations (Ronsdale 2009).

Having fled Poland for Lithuania after the Nazis invaded their homeland, the Blumans' parents Nathan and Susan Bluman received transit visas from Sugihara to travel through the Soviet Union via the Trans-Siberian Railway to Japan. They boarded the last ship sailing from Japan to Vancouver prior to the attack on Pearl Harbour.

After the Nazi occupation of Holland in May 1940, two diplomats from Holland played crucial roles in Sugihara's heroics. "An anti-Nazi Dutch government-in-exile was established in London, which remained in charge of all Dutch embassies," George Bluman explained, "The anti-Nazi Dutch ambassador in Latvia, de Decker, dismissed his pro-Nazi Lithuanian honorary consul. He was replaced by Jan Zwartendijk, a Dutch engineer heading Philips electronics in Kaunas.

"Two young Dutch rabbinical students approached Zwartendijk, requesting documentation to go to Curacao, a Dutch colony in the West Indies with the aim of travelling east through the Soviet Union, Japan, the Pacific Ocean and the Panama Canal to tiny Curacao, an island off the coast of Venezuela, about 1/6th the size of metro Vancouver. They also sought permits for their mostly Polish classmates.

"Why Curacao? Because no visa was required to enter Curacao. The local governor had sole authority to permit entry. But this was rarely granted! But Zwartendijk was given permission by de Decker, the Dutch ambassador in Riga, to issue permits to Curacao to their fellow rabbinical students that stated, in French, 'A visa for entry is not required,' leaving out the condition of the Governor's permission. Moreover, Zwartendijk courageously agreed to issue such permits to all Jewish refugees who applied for them.

"A Jewish refugee delegation approached Chiune Sugihara about obtaining Japanese transit visas, a necessary step for the fake scheme. Without permission from Tokyo--and after getting Soviet approval, signed by Stalin, for refugee transit through the Soviet Union--Sugihara issued transit visas valid for a stay of ten days in Japan based on the seemingly sufficient Zwartendijk Curacao permits. Zwartendijk signed 2300 such permits until his office was forced to close on the day Lithuania was annexed by the Soviet Union. The scam worked!

"Initially, Sugihara issued handwritten transit visas to all who requested them with Zwartendijk permits. Three days later he had two rubber stamps made for all issued transit visas, one in English and French, the other in Japanese which contained the following, in English, 'Transit Visa, Seen for the journey through Japan (to Surinam, Curacao and other Netherlands? colonies).' In Japanese it stated that the visa was via Tsuruga, for Surinam, and was valid for 10 days.

"After Zwartendijk left Lithuania, he returned to occupied Holland and said nothing about what he had done since his family would otherwise be in even graver danger. Sugihara was able to stay on for a further four weeks to continue writing transit visas. Three times Sugihara cabled Tokyo and each time was not encouraged to issue transit visas for the Curacao travelers. Furthermore, seeing all the desperate refugees with nowhere else to turn for help, Chiune Sugihara, showing extreme chutzpah, decided on his own, after Zwartendijk's departure, with more careful scrutiny, to issue transit visas with the same rubber stamps for Jews without Zwartendijk permits.

"These Jews included my parents who approached Sugihara's office six days after Zwartendijk had left. With their life-saving Sugihara transit visa, my parents obtained a Soviet exit permit."

Born on January 1, 1900 in the remote Japanese village of Yaotsu, Sugihara studied foreign languages in Harbin, China, converted to Christianity and married a Russian woman. Divorced in 1935, he remarried in the same year to a Japanese wife, Yukiko, and received a diplomatic posting to Helsinki, Finland. They left Yokohama arrived in Vancouver on August 30, 1937.

The Sugiharas next took a train from Seattle to East Coast in order to reach Europe. He was re-posted to a new consulate in Kaunas, Lithuania, reporting to ambassadors in Riga and Berlin. The Japanese foreign minister, Matsuoka, had known Sugihara in Harbin. Essentially, Sugihara was a Japanese spy, monitoring Soviet and German movements. He arrived just four days prior to the Nazi invasion of Poland on September 1, 1939, accompanied by his wife, three sons and his wife?s sister.

Sugihara put his family at risk while he was saving Jewish lives. By September of 1940, he had to leave Lithuania for postings in Prague, Konigsberg, Germany and Bucharest, Romania. In Prague, he submitted the so-called Sugihara List to Matsuoka containing 2141 names of those who had received the travel visas, of which 90% were Jews. His own family was later imprisoned in Bucharest by the Soviets in a POW camp for 18 months.

At the time Sugihara's radical individualism was not appreciated and he was dismissed from the diplomatic corps in 1947. Back in Japan he survived by taking odd jobs. For sixteen years he represented Japanese companies in Moscow, visiting is family in Japan on an annual basis. He was not aware of how many Jewish lives he had saved until 1968. In 1985, Chiune Sugihara received the Righteous Among the Nations award from Yad Vashem in Israel and his descendants were given perpetual Israeli citizenship. He died in Japan the following year at age 86. The Dutch diplomatic Jan Zwartendijk was likewise honoured in 1997. By all accounts a modest man, Sugihara was rated Japan?s most important citizen in a 2017 Tokyo poll because he had the strength of mind to act independently, without authorization from superiors. There are museums in his honour in Lithuania, Tsuruga and Yaotsu. A Chiune Sugihara Sempo Museum opened in Tokyo in 2019. On the 79th anniversary of the day he started issuing transit visa, he was celebrated globally with a Google Doodle on July 29, 2019. He is also the subject for Cellin Glick's feature film, Persona Non Grata: The Story of Chiune Sugihara.

I Have My Mother's Eyes: A Holocaust Memoir Across Generations was completed by Barbara Bluman's daughter Danielle, the grand-daughter of Susan (Zosia) and Nathan (Natek) Bluman. It describes how Zosia Hoffenberg, the daughter of a successful businessman, had a comfortable life in Warsaw and fell in love with eighteen-year-old Natek Bluman before the outbreak of World War II. While learning business skills in New York, Natek heard U.S. media reports and understood the enormity of the threat to European Jews, but when Natek returned to Poland, Zosia's father dismissed his warnings.

Three months after the German bombs fell on Warsaw, Zosia joined Natek in the countryside. There they were married and embarked on a long journey to freedom. On June 26, 1941, the Blumans sailed from Yokohama for Vancouver on an aging freighter, the Hie Maru, completing a journey to freedom of almost two years. A year later, Natek enlisted in the Canadian army, telling his pregnant wife, "I will never forgive myself if I don't fight against the Nazis."

Zosia's daughter Barbara Ruth Bluman graduated from UBC Law School in 1975. A commitment to human rights was demonstrated in all of her pursuits. She served as a member of the Medical Services Commission, the Vancouver Public Library Board, the Board of the Contemporary Art Gallery and the B.C. Paramedics Licensing Board. Her legal practice focussed on workers' rights and she served as a member of the Workers' Compensation Board. She was among the first women arbitrators, primarily in public sector disputes.

Barbara Bluman contributed to the Gesher Project, a second-generation cultural exploration of the Holocaust, and helped to organize an important symposium on the Nuremberg trials. She was in the last stages of cancer when she set down her mother Zosia's story, interweaving it with her own, before she died on September 8, 2001. An afterword was written by her daughter, Danielle Schroeder, making this memoir into a three-generational family project. 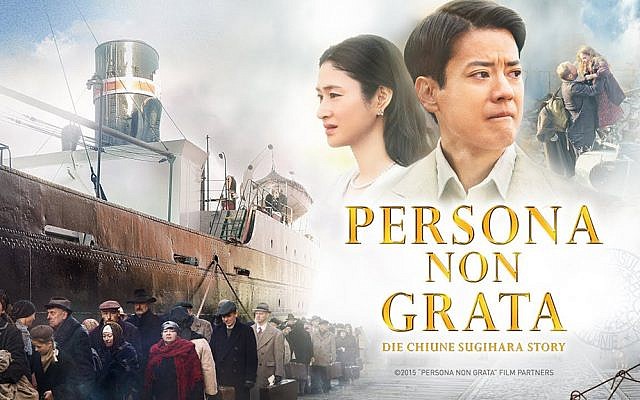 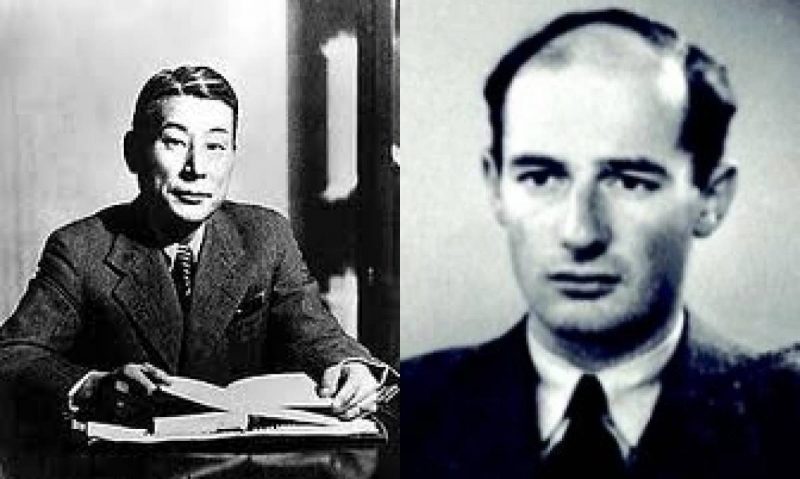 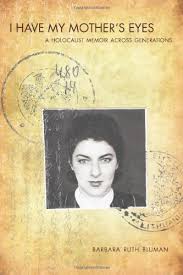