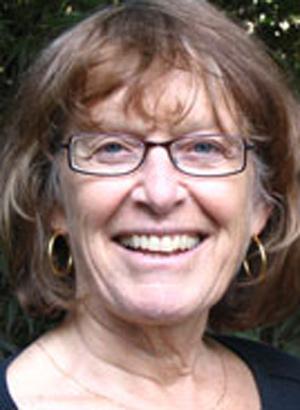 
"Inward to the Bones is not a book about either Georgia O'Keeffe or Emily Carr, but a book about Kate Braid, a book about her struggle to be an artist, to take herself and her chosen work seriously." -- Gary Geddes

Kate Braid received the 8th annual VanCity Book Prize for Inward to the Bones, her book about a fictitious relationship between painters Emily Carr and Georgia O'Keeffe. "When I wrote the first poem," says Braid, "I didn't have any intention of writing a book. I was simply delighting in the thought that my two favourite women painters met once, in February 1930 in New York, when Emily Carr visited the gallery where Georgia O'Keeffe had a show. When Emily Carr and Georgia O'Keeffe met, it was a non-event for both women but it led me to ask, 'What would it have been like for two of the first modern abstractionists to get to know each other?' Perhaps they would have travelled together and, if so, where would they have gone? Of course, to New Mexico and British Columbia. No sooner had I thought it, but they were off. Eleven poems spilled out the first week, along with more questions: what would have happened next? One hundred poems later, it was a book. This has been a fascinating journey. The real Georgia O'Keeffe was happy to help maintain a mystique around her life that continued until she died, at the age of 99, in 1986. Many of the incidents mentioned in the book actually happened, according to her biographers. If they didn't happen, if Georgia just let people think they did, well, they might have happened, just as the incidents I imagined might have, if Georgia had travelled with Emily Carr. As Georgia said, 'Art is a wicked thing.'"

Never a slave to convention, Emily Carr suspended chairs from her high studio ceiling to conserve space and discourage intruders. If a visitor was welcome, she might deign to lower a chair. In one of her books the painter described herself as a freakish loner. "Emily, don't you know by now that you're an oddment and a natural-born 'solitaire'?" Making her living as a Victoria landlady, Carr persevered in her lonely quest for artistry--and won. Kate Braid's Emily Carr: Rebel Artist celebrates Carr as a defiant and unconventional woman. Braid's condensed biography shows how Carr's encounters with the First Nations figure of D'Sonoqua, the wild woman of the woods, and with the Group of Seven led her to discover the spiritual aspects of the landscape she loved. Strikingly beautiful as a young woman, she retreated from society into art, eschewing intimacy to become the province's most original painter. "There is no cluster or sunburst about you,"; she wrote of herself. "You're just a paste solitaire in a steel claw setting."

Kate Braid was born in Calgary, Alberta on March 9, 1947. Raised in Montreal, she went to school in New Brunswick. She now lives in Vancouver and writes full-time after teaching creative writing for ten years at Malaspina University-College (now Vancouver Island University) in Nanaimo. She previously worked in construction as a journeyed carpenter and instructor, which is documented in her poetic account Turning Left to the Ladies. [SEE REVIEW BELOW]

Her Covering Rough Ground is poetry of empowerment which "tracks the long journey of a woman who wants, innocently enough, to build things." Her radio documentaries called 'Journey of Women' and 'Men of the Deep' aired on CBC's Ideas. Kate Braid and Sandy Shreve co-edited a compilation of 175 poems from 140 poets using 20 distinct poet forms for In Fine Form: The Canadian Book of Form Poetry (Polestar, 2005).

Review of the author's work by BC Studies:
Journeywoman: Swinging a Hammer in a Man's World
Red Bait! Struggles of a Mine Mill Local

Nominee, Dorothy Livesay Poetry Prize for To This Cedar Fountain, 1996


On September 25, 2008, Canadian music icon Glenn Gould would have turned seventy-six. His sudden death occurred nearly twenty-six years ago, just after his fiftieth birthday, but even now -- more than forty years after his last appearance on the concert stage -- his legacy continues.

Vancouver poet Kate Braid will mark Gould's birthday with the launch of her new book, A Well-Mannered Storm: The Glenn Gould Poems ($16.95, Caitlin Press). This volume is an exploration of imagined correspondence between Gould and "K,"; an admiring fan. Braid's collection weaves an intimate dynamic as K struggles with the loss of her hearing in one ear, finding her greatest comfort in Gould's music --particularly as he plays Bach. Gould's poems don't directly reply, but echo a response as he struggles with his own difficult life; his family, his health, his strong beliefs in how music should be presented and his personal habits considered "eccentric"; by an ever-watchful press. A Well-Mannered Storm is a striking volume of poems that does justice to Glenn Gould's brilliance, while offering insights into his personal life and art.

At age thirty, Kate Braid was in a party, unemployed. Jobs were few on a Gulf Island in 1977 so she was preparing to go off-island. She was desperate to say. Someone piped up, "I just quit my job as a carpenter on the new school. Apply for that.";

Kate Braid had never hung a door. Never mixed concrete. But everyone convinced her she should apply. There is liquid courage and there is also liquid logic. Just lie, they told her.

So she found the crew boss, asked for work. She had no construction skills, no training, but he hired her. Years later Kate Braid found out why. The crew had been slacking off, so the foreman thought having a pretty woman on the site might increase their motivation to look good at their work.

Now Kate Braid has looked back at her fifteen years in construction with both nostalgia and a critical eye, Turning Left to the Ladies (Palimpsest Press $18). It recalls her progression from her first job as a neophyte construction labourer on a Gulf Island to building houses and bridges on the Lower Mainland as an apprentice carpenter, then as a journeyman carpenter, surrounded by men.

Eventually Braid became the first female member of the Vancouver union local of the Carpenters and the first woman to teach building trades full-time at the BC Institute of Technology. Along the way, she had a love/hate relationship with her work, cherishing her competence and resenting her loneliness.

In this finely-wrought memoir, she recalls how she felt intimidated, other times privileged, other times supported. She learns the beauty of men; and she sees their failings. Men have posters of naked women in the lockers. She sees how they can treat women like hunting trophies.

"Mine is the experience of prey, of the fish and the deer, of being entered into, of a space within meant for welcome.";

Turning Left to the Ladies refers to that awkward moment after work, when everyone is raising a pint, when she feels she has parachuted into male territory, when they are talking shop, and she slips away from the raucous camaraderie and deftly turns left, entering the women's washroom, "only a small slip under the radar.";

She has placed a sticker on her hard that says Wild Woman but she knows she has to very careful. One guy liked to drop things on her head. Another co-worker wanted to protect her. One couldn't wait to tell his best dirty joke. To deflect them all, she started to wear pink. "First, little pink embroidery flowers so small you could hardly see them on my coveralls. then a pink mackinaw...

This is mature, reflective, investigative writing that ventures far beyond self-glorification. There is much to be learned from men, beyond reading blueprints and banging nails. Braid muses on the need for more women to write and talk overtly about their own private parts, the way men do. "Here's a toast to our pink taco rose garden our Southern belle tongue magnet wunder-down-under French pleat..."; A poem by a woman who wore size ten steel-toed boots.

Making a spectacle of oneself can be a political strategy and an act of courage. Although she never strategized to be a feminist pioneer, that doesn't lessen her courage. When Braid endures one job for six months, and all the men have fully accepted her as a colleague, and she can share their jibes and humour, she realizes it's the most radical thing she has ever done.

One of the best poems is one of the shortest. Braid describes the confusion she lately feels on the sidewalk whenever she passes a construction site, having left the trades. She momentarily yearns for the men to recognize her as a former equal, to acknowledge that she knows what they do, who they are. But the schism of conventional thinking, of sexism, divides her and she feels invisible to them. Someone from a different species. A woman.

Braid ran her own renovation company, Sisters Construction, before turning away from hammers in favour of the literary life. In 2006 she was Woodward Chair at SFU where she coordinated a research project on the numbers of women in trades B.C. "That number is the same now as it was in 1980-less than three per cent,"; she says. "It made me realize the importance-still-of telling tradeswomen's stories.";

Hence Turning Left to the Ladies. Ultimately, Braid urges other women to follow suit, to learn to build, to add new meaning to the word homemaker "as we build the new world, one nail, one wall, one woman at a time.";

These days, construction workers are small
hard-hatted jewels dangling
from the necklace of a crane.

Sometimes I slink past, head down, as if
ashamed. I have lost my right to be there.
Sometimes I wave-Hi, boys! Remember me, a sister?

They never wave back. Or if they do,
it's one of those waves they give to all the girls,
a whistle, a leer.

I have lost something-the smell of pitch, the certainty
of nails. Those men? They were a magnifying glass
in which I saw myself, tenfold.