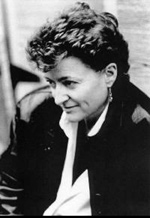 
In Brenda Brooks' first novel, Gotta Find Me An Angel (Raincoast 2005), a 35-year-old film projectionist at a second-run cinema in Toronto is haunted by the ghost of a friend who died long ago. One night she addresses a lament to that ghost, recounting her failed attempts at finding love.

Brenda Brooks' second novel, Honey (ECW 2019), described as modern noir, concerns a re-ignited passion for a wild and charismatic childhood friend named Honey, who suddenly reappears soon after the funeral of 24-year-old Nicole Hewett's father, who was killed in a car accident. Brooks says this tale of perilous romance was partially inspired by the return, in 2010, of a scrapbook of poems and photographs that she had sheepishly given to her high school writing teacher on the last day of school. The return to her, some thirty years later, of her youthful writing by the family of the deceased teacher "renewed in me a longing to express something about desire, memory and loss."

Brooks lives on Salt Spring Island. She has been shortlisted for the 2006 Ferro-Grumley Award for Fiction and a finalist for the 2005 Amazon.ca/Books in Canada First Novel Award.