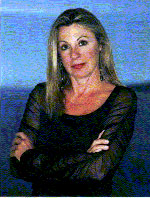 
Victoria Brooks is the self-published creator and editor for the Literary Trips: Following in the Footsteps of Fame series, to which she has contributed various chapters. The Literary Trips anthologies are comprised of travelogues by writers who visit the haunts and homes of famous writers around the globe. Self-exiled American literary lion Paul Bowles (The Sheltering Sky) wrote the foreword for the first Literary Trips volume, shortly before he died. Literary Trips 2 features a foreword by Sir Arthur C. Clarke, who Victoria Brooks interviewed in Sri Lanka. In her Famous Faces, Famous Places, & Famous Food. she reprises her visits to the haunts of ten literary greats and Bob Marley's Jamaica, adding 98 recipes from the kitchens of landmark hotels, restaurants and bars associated with the famous figures profiled in the book. Brooks is also the author of Red Dream, steamy adventure novel partially set in Viet Nam. She began her writing career with a series of business guides to Costa Rica, Indonesia, Malaysia, Viet Nam and Hong Kong.

Brooks has been a member of the Society of American Travel Writers, American Society of Journalists and Authors, Traveler's Media Association Canada and various writers' organizations. She has served as a travel expert for Elle magazine on-line, answering questions from readers and edits a travel webzine of her own. An avid self-promoter, she likes to be interviewed on radio and television, once appearing as USA Today's Guest Expert for an edition of their "Ten Best" series of travel articles. Her Graham Greene chapter in Literary Trips 2, "Our Man in Vietnam", was chosen as the text for the travel-writing course at The Taos Institute Of Arts. She received the "Excellence in Caribbean Travel Writing 2001" award at the 2002 Travel Media Association Canada's conference for her story "Ernest Hemingway: To Have and Have Not in Cuba."

She lives in West Vancouver.


The Havana swimming pool where Ava Gardner swam nude and Ernest Hemingway spied on her is just one of the stops of interest in Victoria Brooks' second travel guide, Literary Trips (Sandhill $29.95). With a foreword by Paul Bowles, this anthology visits the haunts of famous writers around the world such as the preserved mansion on the outskirts of Havana where Hemingway entertained the Hollywood elite. Brooks wrote three of the 23 chapters-those on Bowles (Tangiers), Hemingway and Ian Fleming & Noel Coward (Jamaica). The series editor is novelist and critic M.R. Carroll. There are practical travel tips, some good photos and para-literary amusements such as D.H. Lawrence's recipe for dandelion wine. 0-9686137-0-5


Contemporary writers explore the homes and haunts of 22 famous writers in Literary Trips Volume 2 (Greatest Escapes $29.95). The managing editor and series creator is West Vancouver's Victoria Brooks, herself the author of a newly self-published first novel set in Vietnam, Red Dream (Greatest Escapes $22.95), hyped as 'steamy and sexy.' Text editor for the travel series is Michael Carroll of Beach Holme Books. The second volume superior packaging and photos in comparison to the first, but the concept is the same. Brian Payton recollects Thoreau's cabin, or at least a facsimile of it. Grant Buday finds Raymond Carver's plot at Oceanview Cemetery in Port Angeles... We await accounts of pilgrimages to Jane Rule's neighbourhood pool, Roderick Haig-Brown's Above Tide and Jack Hodgins' exotic Merville roots in some far distant volume. Literary Trips 0-9686137-1-3; Red Dream 0-9686137-2-1 -[BCBW AUTUMN 2002]