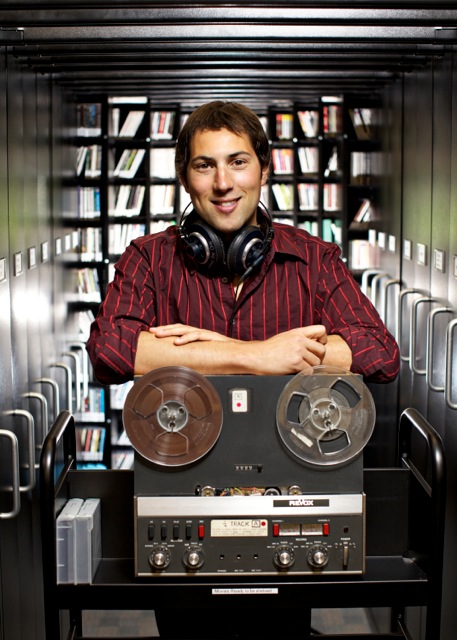 Between 1959 and 1966, the late CBC Radio journalist Imbert Orchard traveled across British Columbia with recording engineer Ian Stephen interviewing nearly a thousand of the province's pioneers. The resulting collection-2,700 hours of audiotapes describing both extraordinary events and everyday experiences-is considered is one of the best sources of primary information about the province. To the general public, however, the tales in these tapes remain virtually unknown. Combining text, archival photographs and the original sound recordings from the CBC Archives onto three cds, Voices of British Columbia draws 24 stories from this collection to immerse us in daily life in the early 20th century.

You'll meet Sarah Glassey, a spirited homesteader who carried a rifle and bagged more birds than any man in the Kispiox Valley. You'll hear Bill LaChance, the sole survivor of the 1910 Glacier Snowslide, describe that tragic avalanche. And you'll discover how Great Chief Kwah of Fort St. James spared the life of James Douglas, future governor of British Columbia. By turns sad, contemplative, insightful and funny, these stories reveal as much about the spirit and resilience of people as they do about the history of the province.

Imbert Orchard moved from England to B.C. after the Second World War. The CBC hired him as a regional editor for television scripts, and later he began documentary history programs for CBC Radio. Before he died in 1991, he donated his recordings to the B.C. Archives. Introduction by Mark Forsythe.

Raven Brings the Light, by Robert "Lucky" Budd and celebrated artist Roy Henry Vickers, is a picture book which features 12 new prints from the artist, and tells the story of Weget bringing light to the world.

Vickers and Budd have documented a Northwest Coast legend, traced back more than three millennia by archaeologists. In a time when darkness covered the land, the story goes, a boy named Weget turns int a raven and flies from Haida Gwaii into the sky, where he tricks the Chief of the Heavens and manages to bring the sun - kept in a box - back to earth. This particular version of the tale originates from Chester Bolton, Chief of the Ravens, who told it to Vickers in 1975.

According to publicity materials: "In a time when darkness covered the land, a boy named Weget is born who is destined to bring the light. With the gift of a raven's skin that allows him to fly as well as transform, Weget turns into a bird and journeys from Haida Gwaii into the sky. There he finds the Chief of the Heavens who keeps the light in a box. By transforming himself into a pine needle, clever Weget tricks the Chief and escapes with the daylight back down to Earth. Vividly portrayed through the art of Roy Henry Vickers, Weget's story has been passed down for generations. The tale has been traced back at least 3,000 years by archeologists who have found images of Weget's journey in petroglyphs on the Nass and Skeena rivers."

Budd was the Project Manager of Storyteller (2014), a collection of Vickers' work over a preceding decade that includes 118 unpublished works. It includes notes from Vickers pertaining to each painting. Furthermore, Budd co-authored Cloudwalker (2014), the second in a series of four northwest coast legends with Roy Henry Vickers. It topped the BC Bestseller List for several months.

In their third collaborative book of Northwest Coast legends, Roy Henry Vickers and Robert Budd tell the story of Orca Chief (Harbour 2015). Through striking images and engaging storytelling, readers discover the legend of four careless fishermen who are taught, by Orca Chief, to respect the oceans and sustainably harvest their seaweed and salmon. The book was shortlisted for a Christie Harris illustrated children's literature prize and a Bill Duthie booksellers' choice award.

The first two books in the series, Raven Brings the Light (2013) and Cloudwalker (2014), went on to become award-winning national bestsellers. The fourth and final installment in the series, Peace Dancer (Harbour 2016) tells what happens when children mistreat a crow, anger the Chief of the Heavens, bring down a terrible storm, and how villagers stranded by the storm make amends by promising to teach their children the value of all life and the importance of respect.