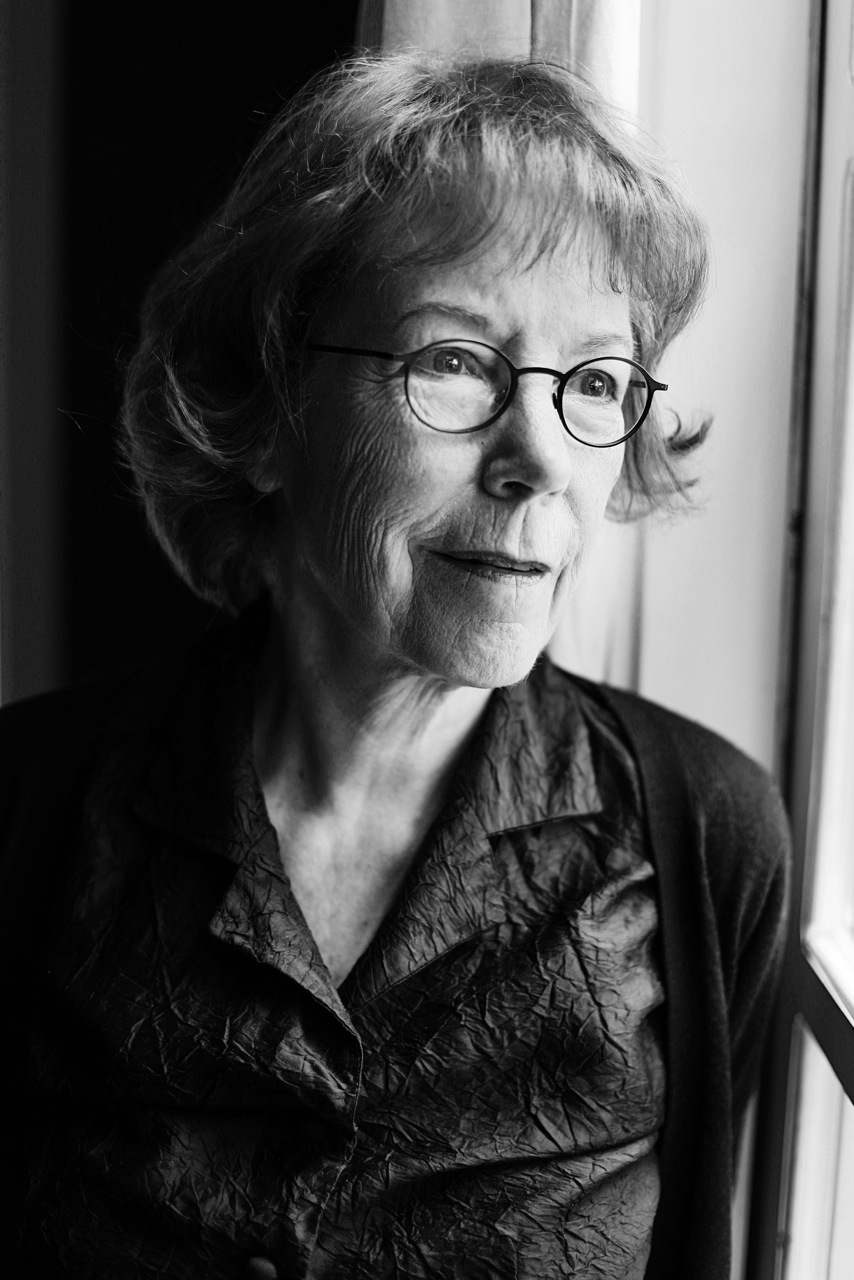 
Mary Burns was born outside Chicago and lived in New York and California prior to moving to Canada in 1970. Following stints with newspapers in northern B.C. and the Yukon, she came to Vancouver in 1977, where she worked on several National Film Board projects during the 1980s. Her time in the north gave rise to her first collection of stories, Suburbs of the Arctic Circle (Penumbra Press, 1986).

Mary Burns' collection of eight short stories and a novella, Shinny's Girls (Talonbooks, 1989), mostly concerns family relations between women. Shinny, the central character in the title story, is a single mother with three daughters by different men, doing her best to cope.

A well-intentioned lie languishes for years before catching up with Shinny, now a middle-aged mother, in Flashing Yellow (Turnstone, 2001), the second volume in Burns' trilogy, following the protagonist from Shinny's Girls.

Burns published the final volume in the trilogy as You Again (2013). The entire trilogy is now available as an ebook.

Burns' third fiction collection chronologically, Centre/Center (Talonbooks, 1992), examined the parallels and differences between life in the U.S. and Canada. It takes the form of three novellas, each ten years apart, all about Americans who have come to British Columbia. The final novella is narrated by a 19-year-old daughter, Tranquility, who explores her parental roots in the idealism of California in the 1960s.

Having been fascinated by Paul Gallico's novel The Snow Goose, Burns attended the annual Snow Goose festivals in Delta from 1990 onwards and published her non-fiction study, The Private Eye: Observing Snow Geese (UBC Press, 1996). Anti-definitive, The Private Eye merges the perceptions and experience of everyone from Yup'ik hunters in the Yukon delta to Dr. Fred Cooke, an SFU biologist who co-authored a major scientific reference work in 1995 called The Snow Geese of La Perouse Bay: A Study of Natural Selection in the Wild.

In Mary Burns' novel The Reason for Time (Chicago: Allium Press 2016), we meet protagonist Maeve Curragh as she watches a blimp crash into an office building in Chicago on a hot, Monday afternoon in July of 1919. The return of soldiers from World War One increases racial tensions in Chicago, leading to race riots. Meanwhile Maeve, an Irish immigrant who works as a catalogue order clerk for the Chicago Magic Company, catches the eye of a charming streetcar conductor. During social turbulence, love most go on. 978-0-9967558-1-8 $16.99


Following the advice of a bookseller, Mary Burns sent her latest bundle of short stories off to Talonbooks. She didn't know them. They didn't know her. But editor Gary Fisher plucked her stories out of a pile, read 'em, liked 'em, recommended them to publisher Karl Siegler and he decided to make one more leap of faith. Many of the stories in Mary Burns' new collection of short stories, Shinny's Girls (Talonbooks $11.95), are set firmly in the Main-to-Cambie area of Vancouver. Almost all of them concern family relationships between women. Her women variously clip coupons, play golf, grow vegetables, accept but never fully trust men, work at unglamourous jobs, discuss their modest futures with one another, raise children and generally try to make it to the end of the week. Shinny, the central character in the book's title story, is a single mother who has had three daughters by different men. She watches the girls' differing characters unfold beyond her control.

BCBW: Did you set out to write a book primarily about relationships between women?
BURNS: No. I wrote the shorter stories over a number of years. Gradually I began to think about doing a collection about daughters.

BCBW: Writers such as Sandra Birdsell and Audrey Thomas have already mined that same area. And now Margaret Laurence's new book is about mothers and daughters.
BURNS: Yes. It's almost like I find myself in the midst of a tide.

BCBW: You seemed to hit your stride in the longer title story, "Shinny's Girls". Can you recall how and why you started that particular story?
BURNS: I deliberately wrote a novella because I'm interested in the novella form. And I wanted to write a story about a single mother with children from different fathers. I wanted to see what those relationships would be like. I had a physical model for the character. A woman I saw in a grocery check-out.

BCBW: Shinny is down-to-earth and yet noble at the same time. Is that how you feel about her?
BURNS: Well, I think Shinny is honest. The other thing that motivated me was wondering what life would be like for a person who didn't have any particular ambitions as I do. I wanted to understand a person like that. For me, writing is definitely an exploration of character. Curiousity is what gets me into it.

BCBW: Do these stories reveal anything about you that people who know you will be surprised by?
BURNS: I can't say. It's hard to be objective about that. Nobody ever knows anybody else really well.

BCBW: What do you hope will happen when the book comes out?
BURNS: I hope some people buy it and read it. So far people seem to relate to Shinny. She's a single mother. So I suppose I hope people will look at women in that position as people. As likeable, interesting people.

BCBW: Shinny copes very well and that's partly why she's endearing. There's a heroic struggle in raising children. So a single mother who copes well is truly a hero.
BURNS: Well, I didn't set out to create someone who's exemplary. Certainly Shinny isn't perfect. But yes, I think that's the value of that character, too. She may not be winning awards. She may not be the president of General Motors. She's an ordinary person. She's doing the best with her ordinary life. And she likes her kids. A lot of people don't.
I really got to like her in the end! [Laughing] I'd read about writers getting very close to their characters like that. I guess Shinny was the first time it happened to me.