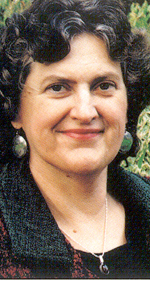 
Writer, publisher, photographer, educator, public speaker and graduate of UBC (MA, Dip Adult Ed) Margaret Cadwaladr established Madrona Books & Publishing in 2002 to produce In Veronica's Garden: The Social History of the Milner Gardens and Woodland after she was told by several publishers that the project was for local interest only. "An established and well-known BC publisher proposed publishing the book," she says,"but I felt their proposal was a little bizarre. I would have had to make a personal donation of $15,000 to 'sponsor' the book."

During this period she met Margaret Horsfield and Peter Buckland who had successfully self-published the coffee table book Cougar Annie's Garden. Since self-publishing Veronica's Garden, it has been widely reviewed in the USA and entered its second printing. In 2007, she published Speed's War: A Canadian Soldier's Memoir of World War II by George A. Reid and she planned to release further titles.

With support from the Darts Hill Garden Conservancy Trust Society and the City of Surrey Cultural Grants Program, Margaret Cadwaladr has written and published her second tribute to a major public garden, A Secret Garden: The Story of Darts Hill Garden Park (Darts Hill Garden Conservancy Trust Society 2019 $29.95), in which she recounts the history of Ed and Francisca Darts' donation of their South Surrey garden--which began as a fruit and nut orchard--to the City of Surrey in 1994 for horticultural education for the next 999 years.

In her third book, Food Floor: My Woodward's Days (Madrona Books 2020) Cadwaladr recounts working as a grocery cashier at Woodward's Food Floor in Vancouver in the 1960s. The department store had been a Vancouver landmark for over a hundred years when it closed in 1993.

She has written for local and international magazines including Pacific Horticulture, GardenWise, SiteLines, the Garden Conservancy and Island Woman. Many of her photographs have been published. She is also a contract writer for government, post secondary institutions and non-profits. With her long-time interest in autobiography and life stories, Cadwaladr has also taught writing workshops, sometimes with Sheila Munro.

In Veronica's Garden: A Social History of the Milner Gardens and Woodland (Madrona, 2002)

Articles: 1 Article for this author
Article


Spurred by the success of Cougar Annie's Garden, a coffee table book about an unconventional West Coast garden, Qualicum Beach's Margaret Cadwaladr has published a history of the privately-held Milner Gardens, off highway 19A, beachside, on Vancouver Island. Designed by Vic Marks, who has also designed Cougar Annie's Garden, Cadwaladr's In Veronica's Garden (Madrona $34.95) traces the life of Veronica Milner, the garden's owner, who 'gifted' it to Malaspina University-College in 1996. The original 40-acre property was once visited by lovebirds Charles and Diana in 1986, accompanied by architect Arthur Erickson, "much to Veronica's annoyance." Elizabeth R. stayed for two-and-a-half days in 1987 and planted a tree. She must have been a slow planter. 0-97300096-0-8