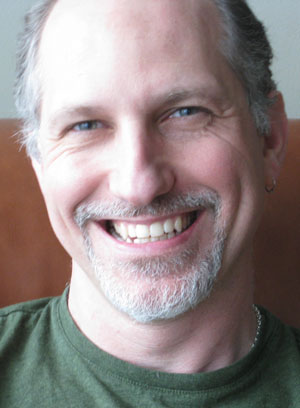 
Given that fifteen-year-old Matt Gratton and his two best friends, Coop and Sean, have never had the nerve to go on a date, their summertime quest to see "a real-live naked girl" for the first time seems doomed to failure in Don Calame's debut young adult novel, Swim the Fly (Candlewick $19). Meanwhile Matt struggles to impress the beautiful swim team star of the Lower Rockville Razorbacks, Kelly West, by trying to excel at the 100-yard butterfly. Their swim club hasn't won the annual swim meet in thirty-four years--but hope and hormones spring eternal in this amusing first novel inspired by an incident when Calame was a member of a teenage swim team. "Yes, I have the collection of green fifth-place ribbons to prove it," he writes. "I tucked the story away and promptly forgot about it until my wife gently nudged me--thirty-six times--to expand it into a book."

In Calame's second book Dan Vs. Nature (Candlewick Press 2016), Dan Weekes is sent off on a survivalist camping trip with his soon-to-be step-dad Hank to bond. However, Dan, along with his nerdy, germaphobe best friend Charlie, are determined to reveal Hank's true colours. Things get a little more complicated when an attractive girl joins the trip, and the boys are stalked by a man-hunting bear.

A screenwriter and former elementary school teacher in Los Angeles, California for four years, where he received the LAUSD District Intern Golden Apple Award and a Los Angeles Education Partnership Grant, Don Calame was born in New York. His screenwriting credits include Employee of the Month and Hounded. His partner "bossy boots" also writes novels for teenagers.