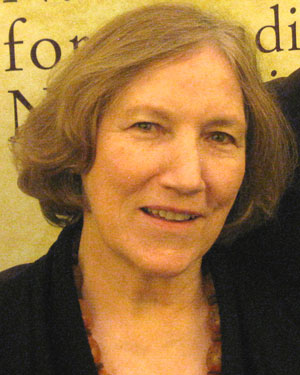 
Beginning her career in women's magazines, Vancouver-born Stevie Cameron has also been food editor at The Toronto Star and lifestyle editor at The Ottawa Citizen. She emerged as one of the country's foremost non-fiction authors with On The Take: Crime, Corruption and Greed in the Mulroney Years.

In 2003, Stevie Cameron was hired to write an in-depth study of the disappearances pertaining to the trial of a pig farmer charged with multiple murders in Vancouver. An 18-month search of Pickton's farm in Coquitlam to find remains of slaughtered women was begun in 2002.

The first of Stevie Cameron's two-volume documentation of the case against serial killer Robert Pickton appeared as The Pickton File (Knopf 2007). She described it as "a personal story of what it's been like to work on the Missing Women/Pickton story for the last five-and-a-half years. It's also a guide to the case and introduces a large cast of characters including Pickton, his family and some of his friends - as well as prosecutors, defence lawyers and judges, victims' family members, support workers and the reporters and investigators who have become such an important part of this story."

Cameron's follow-up, On the Farm: Robert William Pickton and the Tragic Story of Vancouver's Missing Women (Alfred A. Knopf, 2010) was shortlisted for the 2011 Charles Taylor Prize for Literary Non-Fiction and the B.C. National Award for Canadian Non-Fiction. This second volume is credited as the basis for a movie initially entitled Full Flood that commenced shooting in Vancouver in March of 2015. Allegedly not focussed upon Robert Pickton, the movie follows events from 1995 to 2001 by concentrating on fictional characters who are mainly women who live in the Downtown Eastside of Vancouver where Pickton primarily found his victims. Producer for the CBC-TV production: Robert Harvey. Director: Rachel Talalay

On the Take: Crime, Corruption and Greed in the Mulroney Years (MacFarlane Walter & Ross, 1995)
Blue Trust: The Author, the Lawyer, His Wife, and Her Money (Seal Books, 1999)
The Last Amigo: Karlheinz Schreiber and the Anatomy of a Scandal (Macfarlane Walter & Ross, 2001)
The Pickton File (Knopf, 2007)
On the Farm: Robert William Pickton and the Tragic Story of Vancouver's Missing Women (Alfred A. Knopf, 2010)