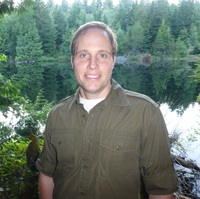 
First-time novelist D.B. Carew has hit the ground running with a fast-paced psychological thriller, The Killer Trail (NeWest $14.95). It's about a Vancouver psychiatric social worker, Chris Ryder, who is drawn into the mind games of a former patient, now a kidnap and murder suspect. Soon violence threatens the protagonist, his family and friends. The Killer Trail has been shortlisted for the Crime Writers' Association Debut Dagger Award.

Chris Ryder returns in Carew's second novel, The Weight of Blood (Newest $18.95) and is once again at the center of a murder case. This time, a young man at the extreme end of autism is found covered with blood near the body of a local ice cream truck driver. Ryder is called in to learn as much as he can about the autistic man. Complicating matters are Chris Ryder's strained relationship with his father; the vicious actions of his half-brother, Ray; the blinding spotlight of the media; and the after-effects of trauma from his previous brush with murder.

Originally from Newfoundland and Labrador, D.B. (Derrick) Carew came to B.C. with his family in 1996. He is a social worker at a forensic psychiatric hospital.