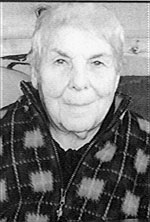 
"I expected hardships and I looked forward to them as a chance to find myself out." -- Betty Lowman (Carey), 1937

It was 1937. Edward the VIII had abdicated, aviatrix Amelia Earhart was missing and 22-year-old Betty Lowman, burly and pretty, was embarking on a life-threatening journey with only a dollar in her pocket. To keep herself from getting lost at sea, she stashed a copy of British Columbia Pilot aboard her dugout canoe that was given to her as a present her five years earlier by her father. In her dugout named Bijaboji--an amalgam of her four brothers' first names; Bill, Jack, Bob and Jim--Betty planned to secretly row from her home on Anacortes Island in Puget Sound, Washington state, all the way up to Alaska to pay a surprise visit to her father, a salmon fisherman. It was her childhood dream to accomplish this feat, and her father had repeatedly and strictly forbidden it.

That's the set-up for Bijaboji: North to Alaska by Oar (Harbour, 2004 $34.95), a record of one of the most unusual voyages ever undertaken along the B.C. coast.

Headstrong, physically fit (she can swim ten miles in chilling waters if necessary) and an experienced mariner since childhood, "Barnacle Betty" is also a trained journalist from the University of Washington who works as a waterfront reporter for the Anacortes Mercury. Keen-eyed and a meticulous note taker, she plans to write about the people she meets in the logging camps, canneries, lighthouses and Indian villages of the Inside Passage. Ten days into this adventure, Betty's rowing companion Flo is forced to return home after a reaction to a vaccination shot, but this is a minor wrinkle. Undaunted, Betty continues solo, determined to pull alongside her father's fish boat in Alaska by summer's end. Ironically her poorly planned journey towards him will be proof of her independence from him.

The young woman in the red canoe becomes something of a curiosity and celebrity as she rows northward. Accounts of her journey precede her on radio, in newspapers and drift up the coast through word of mouth. Some of the stories are wildly exaggerated, hinting at imminent disaster. The thought of a young woman alone on such a journey is too absurd for some to fathom. Betty worries her father will catch wind of the story, have her tossed in jail and shipped home on a one-way ticket. The first letter arriving from her mother back home in Anacortes confirms her fears. "Your daddy is in a frenzy. He heard a report of your trip over a Spokane radio station. He may have the Coast Guard on your tail now. People can not be expected to understand a girl like you, Bebby, who loves physical accomplishment, as even few boys do, rather than the achievement of sewing a beautiful dress or baking a light textured loaf of bread."

Betty leans into the oars, tries to ignore her father's anger and continues to make about 20 miles a day. She talks to Bijaboji, coaxing the 13-foot 10-inch dugout along, and belts out hymns to mountain-tops and waterfalls. Readers of M. Wylie Blanchet's The Curve of Time, Edith Iglauer's Fishing with John and Jim Spilsbury & Howard White's Spilsbury's Coast will recognize the landscape, its inhabitants and Lowman's sense of discovery of the coastal waters, augmented by 18 maps and 25 photos. "We approached Grey Rock, small and bleak, where long-poled trolling boats circled slowly. I saw them as graceful water bugs, their sensitive feelers extended, manoeuvring curiously about a tempting but mysterious morsel. Shacks built of rough boards clung on the shrubless crags just above the water's reach."

Fishermen hand off charts and serve up bowls of salmon chowder. A Native teenager repairs her canoe, then takes her on a deer hunting expedition near Sechelt. At one remote logging camp Betty pulls on caulk boots to help break apart a raft of spruce and cedar logs using sticks of dynamite. Later she spends a day acting as a nurse for Dr. George Darby near Rivers Inlet as he makes rounds to canneries and Indian villages. Hooking up with the Washington-based Sea Scout vessel Tyee Scout, she plays the role of big sister to a boatload of boys cruising the B.C. coast on a summer adventure. There are side trips to abandoned villages and burial grounds. Sometimes the details of Betty's journey slow the tempo of a well-told story as she acknowledges just about every person who expressed a word of encouragement, provided a meal or warm bed.

Tragedy strikes in Douglas Channel. The Bijaboji capsizes. "I sat unsteadily," she recalls, "spluttering as the churning rip tide washed over my sou'wester and up the sleeves of my oilskin jacket. Stunned, I tried to row with oars now floating free of the oarlocks. In desperation, I braced my knees against Bijaboji's sides and paddled with heavy arms until a heaving, high-rolling wave flung me clear of the dugout. Both oars washed away into the darkness." After two nights and three days stranded on a rocky ledge, she sights an Aboriginal fishing vessel that carries her to safety at Hartley Bay. She has lost her food, maps, matches, hatchet, precious notes (which she reconstructs later that same summer) and her cameras. But she's rejuvenated with food, rest and a new set of oars.

Preparing to row across the exposed Queen Charlotte Strait and Queen Charlotte Sound, Betty receives this warning from a fisherman named Scotty. "No woman is worth it. You'd better hitch a ride across the strait with us or there'll be planes and cutters out looking for another dizzy dame."; The crossing lives up to its reputation: fog, wind and waves make for a gruelling trip, and as she safely reaches the other side a grizzled fisherman chimes in: "Aw, she's got a screw loose. Do you know that she hasn't a watch, compass, money, mirror or gun? She's daft.";

Eventually Betty reaches her father's boat in Alaska after 66 days and 1,300 miles. Judging from his expression in a photograph taken at the time, Captain Lowman has forgiven his daughter and looks rather pleased at her pluckiness. Along the way, her courage and stamina were also rewarded with the gift of treasured cedar chest, carved with symbols of the Wolf and Bear clans and inlaid with abalone shell, that was given to her by Chief Steve and Mary Barton of Kincolith.

To prove her success was no fluke, Betty Lowman Carey, at age 49, completed the same solo journey 25 years later, in reverse, as a married woman. Today, if you fly into the Sandspit Airport, you can see the Bijaboji on display in the Sandspit terminal. Betty Lowman's pluck is renowned but it took more than six decades for her memoir to be published. It was edited by her husband Neil Carey, also an author. The Careys married in 1941 and raised two sons. In 1964 they built their homestead at Puffin Cove on the Queen Charlotte Islands and moved there in 1965.

Bijaboji, an account of "a 66-day adventure of epic proportions," is Betty Lowman Carey's only book. It was reprinted in an expanded edition with additional photos in 2006. 1-55017-340-5

-- by Mark Forsythe and Alan Twigg