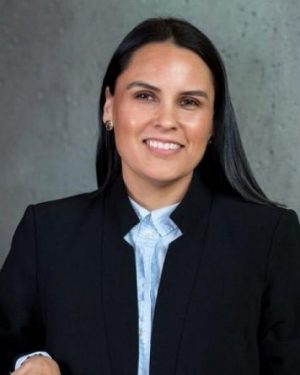 
Carol Anne Hilton, founder of the Indigenomics Institute and an advisor to business, governments, and First Nations, wrote: Indigenomics: Taking a Seat at the Economic Table (New Society, 2020). She is a Hesquiaht woman of Nuu-chah-nulth descent from the west coast of Vancouver Island. She holds an MBA and comes from 10,000 years of the potlatch tradition.

From publicity about the book:

"It is time. It is time to increase the visibility, role, and responsibility of the emerging modern Indigenous economy and the people involved. This is the foundation for economic reconciliation. This is Indigenomics.

Indigenomics lays out the tenets of the emerging Indigenous economy, built around relationships, multi-generational stewardship of resources, and care
for all. Coverage includes:

Indigenomics calls for a new model of development, one that advances Indigenous self-determination, collective well-being, and reconciliation. This is vital reading for business leaders and entrepreneurs, Indigenous organizations and nations, governments and policymakers, and economists.

Indigenous people have been in North America for thousands of years. They lived in a bountiful land filled with natural resources. With such bounty they flourished. They built sustainable economies and cultures. Then came the catastrophe of colonization. With the settlement of Canada came the displacement of Aboriginal people, resulting in the loss of control of their lives, culture and economy.
In Indigenomics: Taking a Seat at the Economic Table, Carol Anne Hilton takes us deeper. She takes us back to 1763 when King George III of England penned the Royal Proclamation which was supposed to help coordinate the settlement of the northern part of North America. This document recognized the rights and title of Indigenous peoples. Hilton proceeds to examine how and why this Royal Proclamation was largely ignored by Canada after Confederation.

One of the urban myths started by Canada’s first Prime Minister, Sir John A. Macdonald and later Canada’s deputy superintendent of the Department of Indian Affairs from 1913–1932 Duncan Campbell Scott, was that “Indians are a problem.”

Indigenous people became such a thorn for government policy makers that an amendment to the Indian Act was enacted to forbid them from hiring lawyers and bringing lawsuits against Canada. Since that odious legislation was struck down in 1951, according to Hilton, Aboriginal people have had 275 Supreme Court rulings in their favour.

These rulings are still changing the political and economic landscape in Canada.

Carol Anne Hilton received her master of Business Administration from the University of Hertfordshire, England through a partnership with Vancouver Island University.

Among Indigenous people, it is also important to not only introduce yourself, but to also acknowledge your ancestry. This helps people to understand your position in a community.

Carol Anne Hilton describes herself this way: “I am most influenced by being a Hesquiaht woman. I am of Nuu chah nulth descent from the west coast of Vancouver Island—a name (Nuu chah nulth, replacing Nootka) that describes the location and identity meaning “all along the mountains” and serves to centre me in this world. They call me W’aa?katuush, which refers to Big Sister, a name that means I come from a line of the oldest women. I am from the house of Mam’aayutch, a chief’s house that means “on the edge.” My roots stretch from Ahousat, Ehattesaht, and as far as the Makah people in Washington State.”

This essential background information establishes Hilton as a culturally-rooted person. It tells me that she comes from a noble family and is a person that I should pay attention to. With the release of her first book, now others can do the same. Hilton is the founder of the Indigenomics Institute and, as such, works and serves as an advisor to business, governments and First Nations particularly with regards to economic development. She is part of a select group of Indigenous economists who are working at the forefront of an estimated 100-billion-dollar Indigenous economy. As this economy emerges, Bill Gallagher, Don Richardson, Dara Kelly, JP Gladu, Shannin Metawabin and Clint Davis are some of the business leaders who are interpreting and shaping a new economic landscape in favour of Indigenous economies. Their combined years of experience in community development are helping to forge new horizons to stimulate Indigenous wealth.

It’s been a long time coming. The federal government imposed so many roadblocks to economic success and community development that it has taken a plethora of court cases to break the shackles of exclusion set up by Canadian governments. In 1969, for example, Prime Minister Pierre Trudeau and then Minister of Indian Affairs Jean Chretien proposed the White Paper Policy on Indigenous people. Had they been successful in passing this policy they would have fulfilled the Canadian dream of eliminating the “Indian Problem” in Canada by getting rid of the special status of Indigenous people. Their efforts were defeated by the outrage and protests led by Indigenous people across Canada.

It is important to remember the extent to which British Columbian politics and activism have long been at the forefront of progress. As Wendy Wickwire’s recent biography of the Scottish-born translator James Teit reiterates, in her acclaimed At The Bridge: James Teit and an Anthropology of Belonging (UBC Press, 2019) delegations of B.C.’s Indigenous leaders made articulate presentations in Ottawa to assert their rights, with Teit as their writer, as early as 1912.

The crucial game-changer was the Nisga’a victory in the Supreme Court of Canada in 1971 spearheaded by Chief Frank Calder and several other Nisga’a leaders. While it was not an outright victory, this now-famous decision paved the way for not only independent First Nations’ governance, but also a social climate to stimulate Indigenous commerce. The long-sought agreement confirmed the band’s right to a measure of self-government and nearly 2,000 square kilometres of land, while paying the Nisga’a $190 million in compensation for the release of the rest of their traditional territory. In that case, all judges agreed that Aboriginal Title and Rights had existed at the time of Confederation. Three agreed that those rights continued to exist. Three judges said the rights were extinguished at the time of Confederation. The seventh judge said he could not make a ruling because of a technicality. So, it was a draw. But the Supreme Court of Canada did mention to the prime minister that he must address the concerns of Indigenous people and negotiate fair settlements of grievances.

In his inimitable style, Trudeau the First responded, “Apparently, they have more rights than I thought.”

The next major step forward was also British Columbian: Neil Sterritt, a member of the House of Gitluudaahlxw, served as president of the Gitxsan-Wet’suwet’en Tribal Council from 1981 to 1987, key years leading up to the precedent-setting Aboriginal rights case known as Delgamuukw v. B.C. As one of the principal architects of the 1987-1990 court case, Sterritt was on the stand for 34 days during the Delgamuukw trial. He later wrote extensively on Aboriginal rights and governance and served as a consultant to many Aboriginal organizations around the world, having co-authored Tribal Boundaries in the Nass Watershed (UBC Press, 1999).

Indigenous peoples’ economies have always depended on natural resources; Hilton adds, so do Canada’s. But there is a marked difference in world views between settlers and First Nations. Indigenomics reiterates and examines how and why Indigenous people place a high value on spirituality, fairness and sharing versus the Canadian values of commerce, non-religious state and personal accumulation of wealth. This clash of values has hurt Indigenous economic development. But as Indigenous rights are being clarified and verified by the Canadian Courts, ideally this social progress will lead to a more socially equitable distribution of wealth.

In Indigenomics, Hilton asserts that Canadian and international resource development corporations are now learning just how important it is to recognize the power of Indigenous rights and title. Working together as equal partners should be the aim of reconciliation between settlers and First Nations. We are now in an era of consultation when it comes to the use of natural resources.
King George III is mostly known in history as the monarch who lost the thirteen colonies that gave rise to the United States. He got a bad rap.

The foresight and fairness of his Indigenous policies have finally given rise to a new era of hope concerning Indigenous enterprise in the 21st century, led by articulate leaders such as Carol Anne Hilton, who speaks for herself, and for Indigenous people everywhere, in Indigenomics. 978-0-8657-194-0-8 [BCBW 2021]

Latash-Maurice Nahanee is a member of the Squamish Nation. He has a B.A. degree (Simon Fraser University).