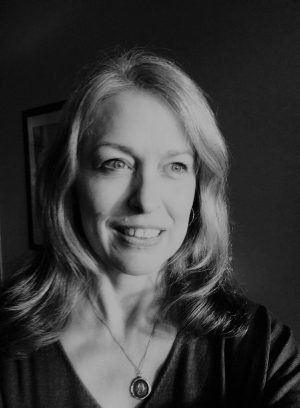 
Set in 1947, Carol L. MacKay's first picture book for children, Lily in the Loft (2017) is a fictional story based on the experiences of thousands of children across Canada who eagerly awaited "newspaper day"; to see their words in print via the YC Pages of the Western Producer, a youth writing page started in 1927 by women & children's rights advocate, Violet McNaughton. The book was illustrated by Regina artist, Val Moker.

Carol L. MacKay grew up in Ryley, Alberta and received her Bachelor of Arts degree (Scandinavian Studies & English) from the University of Alberta. She has lived in Qualicum Beach, B.C. since 2008. Her poems and essays have been broadcast on CBC Radio, both regionally and nationally, including a reading on "This Morning with Shelagh Rogers." Her poems have appeared in The New Quarterly, The Fiddlehead, Watershed (U of California, Chico), Prairie Journal, The Antigonish Review, Red Berry Review, Lichen, Existere, and Crannog (Ireland). Her work is also included in Shy: An Anthology (University of Alberta Press), Writing the Land: Alberta Through Its Poets (House of Blue Skies), White Ink: An Anthology about Mothers and Mothering (Demeter Press, Toronto), and Threshold: An Anthology of Contemporary Writing From Alberta (University of Alberta Press).

Her video poem, "My Paycheck" appeared on the Emmy and Gemini award-nominated television/web art series ZeD on CBC Television. She is the winner of the 2012 Dorothy Shoemaker Literary Award for Poetry and has been longlisted for the CBC Literary Award for Poetry. She also writes poetry, stories and non-fiction articles for children. Her work has appeared in: Babybug, Cricket, Ladybug, Highlights for Children, REAL Canadian Kids Magazine, Boys' Quest, Zamoof!, Skipping Stones, Stories for Children, Story Friends, Knowonder! and on Schoolwide's Zing! Digital Library.