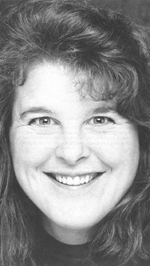 
Having struggled with an eating disorder herself, Vancouver playwright Linda Carson published Dying to be Thin (Scirocco Drama, 1993) about a young teenager battlig with bulimia. It's intended primarily for younger women. The first production was staged by Carousel Theatre in Vancouver on November 10, 1992.