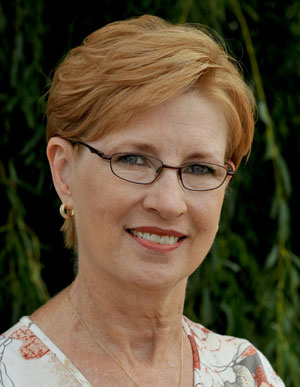 
Laurie Carter was born in Ontario in 1952 and moved to the Okanagan Valley in 1991. She has a degree in Canadian history from the University of Toronto. Before she turned to writing, she was a human resources executive for a major Canadian corporation based in Toronto.

She is also the author of Grandma Wears Hiking Books: A Personal Guide to the Okanagan Valley and co-author of Gifts of the Okanagan, as well as novel, China Doll

Carter has been a senior editor of Okanagan Life magazine, taught in the digital photography program at the Centre for Arts & Technology Okanagan (CATO), and contributed extensively to HelloBC.com, official website of Tourism BC.

Her personal take on Emily Carr has been self-published as Emily Carr's B.C.: Book One, Vancouver Island (Little White Publishing 2015), exploring Carr's life and travels from Victoria to Quatsino Sound. The book includes maps tracing the routes taken by Carr, plus historic and modern photos to complement Carter's narrative. It's the first of two projected titles on the artist. "As a travel writer and dedicated Emily fan," she said, "I wanted to see what drew her to those remote places, how time had treated them, and to learn more about her home life."

Carter set out to write a single book. "As I travelled-by car, ferry, freighter, motor launch and mail boat-meeting people, learning the history of places and connecting with Emily, it became clear that the most reader-friendly approach would be to divide the material geographically into two books... Being neither an art expert nor a literary critic, I stayed away from trying to interpret Emily's work, preferring to let the woman speak for herself.";

The second in the series is Emily Carr's B.C.: (Book Two) Northern B.C. & Haida Gwaii (Little White 2016). In it, Carter explores Carr's seminal expeditions to the Skeena and Naas Rivers of Northern B.C. and the islands of Haida Gwaii.

The final volume of what has become the Emily Carr's B.C. trilogy, "South Coast to the Interior," deals with Carr's Vancouver years as well as her forays to the Sunshine Coast, Cariboo, Fraser Canyon, Okanagan Valley, stops along the CPR, and her last great expedition up what is now the Sea to Sky corridor.

In 2021, published Timeless Emily Carr: Quotations for Life, which honours the 150th anniversary of Emily Carr?s birth (1871-2021) with a selection of the author/artist?s wit and wisdom; observations that remain relevant to this day. Including notes on each quotation and a brief bio for those new to Carr's world, this project grew from a single incident. When Carter was asked to sign her Emily Carr?s BC trilogy for the 18th birthday of a friend?s daughter, the search for a quote to finish off the inscription led to her conclusion that people might appreciate a collection of Carr quotations.