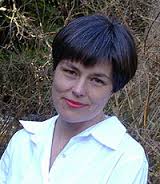 
Claudia Casper's third novel, The Mercy Journals (Arsenal 2016), first reviewed in BC BookWorld, won the 2017 Philip K. Dick Award for the best work of science fiction published in paperback for the first time in the USA in 2016. The announcement was made on April 14, 2017 at Norwescon 40 conference, in SeaTac, Washington. The Philip K. Dick Award is presented annually with the support of the Philip K. Dick Trust and is sponsored by the Philadelphia Science Fiction Society.

The Mercy Journals is a post-apocalyptic story set in the future after a third world war was waged because of a water crisis. One of the few survivors, Allen Quincy is a former soldier nicknamed Mercy who meets a singer named Ruby. His long-lost brother Leo arrives with news that Mercy's children have been spotted, setting the two on a long journey to find them. [See Review below]

Former typesetter for Vancouver's Pulp Press (now Arsenal Pulp Press), Casper is also the author of The Reconstruction (Penguin, 1996), about a woman who is hired to sculpt a lifesize replica of Lucy. According to publicity materials, "Margaret has been hired by a museum to build a life-sized model of Lucy, the ancestral link between humankind and the primate world. Meanwhile, her life is a mess -- she's recently separated from her husband, and she needs dental surgery which she's not sure how to pay for. She buries herself in her work, and during the process of meticulously researching and reconstructing Lucy she also learns a few things about her own life, comes to terms with who she is and where she has been, and -- by stripping layers away while she adds them to Lucy -- embarks on her own recovery as well."

After much hoopla for The Reconstruction, sophomore novelist Claudia Casper returned with a novel about a father/daughter relationship in The Continuation of Love by Other Means (Penguin 2003). When Carmen visits her charismatic, misogynist father in Argentina in 1976, she's shocked by his military alignment and his condoning of torture. But she's attracted to his unabashedly sensual, hedonistic life.


Claudia Casper's The Mercy Journals is a post-apocalyptic novel about life after a third world war has been waged due to a water crisis. One of the few survivors, Allen Quincy, is an ex-soldier nicknamed Mercy who has participated in a genocide on the Mexican border. He goes on a long journey to find his children. Here is Joan Givner's review.

laudia casper's new novel adds to a growing body of work designated as "cli-fi,"; a genre distinct from sci-fi and fantasy, because the horrors described are not futuristic fantasies but predictions of a certain future.

Both explore what it means to become fully human and, specifically, the part played by memory in that process.
In the earlier novel, Casper focuses on the memory of humans' evolutionary past. Her main character, a sculptor, reconstructs her shattered life as she assembles an anatomical replica of the primate, Lucy, for an anthropological museum. "We want visitors to connect themselves to the history of their bodies,"; says her supervisor.

In The Mercy Journals Casper's focus shifts from the distant past to the future; memory is not a benign but rather a crippling force.

We meet Allen Levy Quincy, a veteran of the Third World War and an amputee, who lives amid the remnants of a ruined world. Most of his family has disappeared or perished in the big die-off. It is Quincy's psychic wound rather than the lost limb that threatens to destroy him. He carries a heavy burden of guilt for his part in an atrocity-the genocidal slaughter of migrants who were trying to breach the wall that was built between Mexico and the United States.

Can there ever be forgiveness for such cruelty?

Casper's study of humanity involves a comparative look at non-human behaviour. In the first half of the novel she describes Allen finding solace in observing three beautiful goldfish he keeps in a tank (an illegal possession since pets are forbidden). His pleasure sours when he sees the two healthy, well-fed fish tormenting a sick and dying one by taking bites out of its flesh. This image of gratuitous savagery resonates throughout the book, a possible commentary on both species.

As he sinks into a suicidal stupor of drugs and alcohol, Allen stumbles on a way to obliterate his nightmares. On his mobile, he learns of the idea, attributed to Socrates, that writing weakens the mind by making people cease to exercise memory. It also falsifies inner processes, turning them into artificial, manufactured things.

Trees are no longer cut down, and paper and pens are unavailable in the new world order, policed by The Green Planet Brigade and vigilantes. Luckily, Allen finds two blank notebooks and some pencils among his mother's remains. He hopes that writing a diary will pry loose the death grip of memories on his mind. And there is another element in his healing process-a vital sexual relationship.

Allen appears to be on the way to recovery until he discovers that intimacy precludes secrecy and he can't avoid confiding the enormity of his guilt to his lover. His confession precipitates a crisis, alienating her and reviving his despair.

Even the act of writing, formerly therapeutic, becomes repellent when applied to the atrocities in his past. He concludes that describing the agonies of helpless and desperate people is a violation of their most private moments, a form of pornographic voyeurism. In another powerful image he compares it to a death-camp guard's demand for a striptease performance before sending a victim to her death.

"Salvation comes in many ways,"; Allen writes in his diary, and for him it is the reappearance of his brother and nephew and the prospect of finding his lost sons that once again revives his will to live.

The second half of the novel is more subdued in tone, and framed in references to ancient myths. With his newfound relatives, he travels to the family's cabin in a remote northern corner of Vancouver Island, hoping that his sons might have made their way there. Although the cabin is named Nirvana, it is echoes of the Old Testament that predominate. Life on the island starts out as a kind of Eden, in which they live simply, tilling the soil and living off the land. A young woman, already there, adds to the sense of a new beginning because, in violation of the one-child law, she is about to give birth.

Although Allen sustains new injuries, inflicted by a predatory cougar, the wounds, can be viewed as fortuitous. His three companions tend to him protectively, and Allen, in turn, rather than hating the beast becomes protective of the cougar and her cubs.

Echoes of the book of Genesis, and especially the references to the story of Cain and Abel, give the violent climactic events in The Mercy Journals a sense of inevitability. "Were we ever going to act differently?"; Allen asks rhetorically when he contemplates the global devastation. It appears humans are programmed to cause universal destruction.

The ending is rich in moral ambiguity and irony arising from Allen's statement that, although bearing the mark of Cain, he has survived.

A theme throughout is the healing potential, the morality, the danger and the power of writing. Alone on the island, Allen finds a different method of writing; he laboriously chisels in stone a message to the world, using an omniscient voice and cadences reminiscent of the Bible.
In the beginning was the Word, and it seems that after all the destruction, devastation, and death, it is the word that will endure.