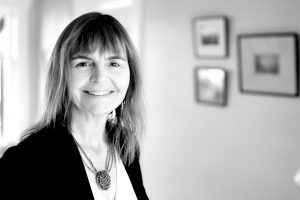 
Sara Cassidy has been a human rights witness in Guatemala and won a Gold National Magazine Award. Having promoted other authors as the co-director of the Victoria Writer Festival, Sara Cassidy could finally gain her rightful share of the creative spotlight with four new titles released in 2019. Those titles are Helen's Birds illustrated by Sophie Casson (Groundwood) 9781773060385 $12.95; The Moon is a Silver Pond illustrated by Josee Bisaillon (Orca) 9781459818644 $4.95; Nevers (Orca) 9781259821637 $10.95; and Scalliwag on the Salish Sea illustrated by Mike Deas (Heritage) $10.95. With fourteen titles, Cassidy has not self-identified in promotional materials as the daughter of Carol Shields. She has published interviews with writers in B.C. BookWorld, had poems in The Antigonish Review, Grain, Qwerty and Zygote, and later published in Malahat Review, Geist, Grain and Prairie Fire. Her two chapbooks are Ultrasound of My Heart and Sardines (Greenboathouse Press). Her novel Skylark was one of three titles shortlisted for the Bolen's Book Prize in 2014 and A Boy Named Queen (Groundwood, 2016) was nominated for several awards. It was selected by both CBC and Quill and Quire as a 'best of' pick for 2016. While raising three children, she obtained an MFA in Writing from UVic.

Walking with her great-grandfather Afi on his birthday when the air is filled with the scent of spring blossoms and fluttering petals, Esther is surprised when he starts to tell her a story about one of the peeling paint colours on a nearby fence.

"What if I told you a boy painted it here 75 years ago, with a paintbrush sneaked from a neighbour's shed? All because he wanted some meatballs," said Afi.

"You can't know that!" replies Esther.

And with that, Afi regales Esther with tales of what it was like living during WW2 in 1945, when fathers were overseas fighting and times were hard for little boys -- like Bob and his friend Charlie. Their clothes were patched, their shoes had holes and it was difficult to make money to buy extras. Food was rationed and had to be bought with ration tokens.

Bob is off to get meat for a special meatball dinner his mother is making for his birthday. He meets up with Charlie and they run to the butcher's shop. But Bob loses the ration token he needs to get the meat through a hole in his pocket.

Charlie agrees to help Bob make some money so they can get the meat anyway. They salvage some paint, borrow paintbrushes from Charlie's Uncle Zing's shed (who, like Bob's father is away fighting in the war), and look for a neighbour who can afford to pay the boys to repaint their fence.

Just as they finish, there is excitement on the street. It has just been announced that the war is over. At this point in the story, Esther realizes that Bob is really her Afi. Now she wants to paint a fence like Charlie and Bob did, starting with some salvaged paint.

Painted Fences by Sara Cassidy, is a cleverly disguised history lesson for young people. The book's blurb describes it this way: "From a memory revealed in a chip of paint comes a story of friendship, hardship, and hope for the future."

Cassidy's first novel for young readers, Slick (Orca, $9.95), is about oil, politics and people-not the massive spillage that has decimated the Gulf of Mexico but rather the slow seepage of corruption and environmental degradation in Guatemala as it infiltrates daily lives on Vancouver Island.

Liza is in grade seven and she likes her little brothers. She has an environmentally-minded mom who collects butter knives. Their family scoots around Victoria in a Vixen Red "limpet-size" hybrid car. Trouble is, Liza's Dad has moved out, plagued by sadness.

The absence of Liza's father enables Robert to become her mom's boyfriend. Liza has nicknamed him Slick.

It's disconcerting for Liza to see her normally level-headed mom suddenly dolling up her hair and wearing lipstick, making excuses for Slick's gas-guzzling SUV and defending the oil company that Slick works for.

The plot thickens-with oil-when Liza conducts some research and discovers Slick's company has been breaking the law in Guatemala. It owes Mayan farmers half a million dollars in compensation for drilling damage to croplands and buildings, pollution and the deaths of farm animals.

Before you can say "Girl Power," Liza has organized GRRR! That's the acronym for Girls for Renewable Resources, Really.

The girls in GRRR! set up a Facebook page, write letters to the newspapers and begin planning a demonstration at the oil company's head office which just happens to be in Victoria.

When Liza's mom finds out, she says, "I can't keep this a secret from Robert." So is all Liza's hard work going to be for naught? Is her own mother going to betray her? How exactly Sara Cassidy cleans up this domestic mess shall remain a mystery.

But we can reveal that in a future Orca Currents (ages ten and up) book, Liza will travel to see the Peten-Izabel pipeline in Guatemala. As well, GRRR! will respond to real-life activist Lynne Hill's vision of a symbolic protest against oil tanker traffic in the form of a four-kilometre crocheted chain stretching across the coastal channel.

Also featuring Liza and the girls of GRRR!, Windfall (Orca, 2011) involves the death of a local homeless man and a school principal who blocks the environmental campaign projects - until Liza and her friends decide to create change on school grounds without seeking permission.

Neither lazy or criminal, Angie, the young protagonist of Skylark (Orca 2013), sleeps in an old car with her brother and mother, evading police, finding new places to park each night, finding inspiration and self-expression in slam poetry. For Cassidy, writing about living in a car wasn't inconceivable because she once lived lived in a ten-by-ten-foot survival shelter in the Manitoba bush.