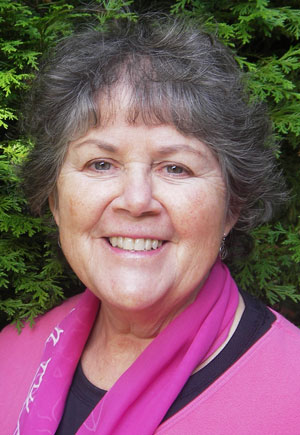 
Born in St. Boniface, Manitoba of French and Irish descent, Norma Charles attended Saskatchewan's College Mathieu, a convent. As a child she was an avid reader who used to drag her younger brother to the library on Saturdays. She came to British Columbia with her parents in 1949. That automobile trip 50 years ago is the basis for several books including Sophie's Long Journey West. It recounts the adventures of Sophie and her four brothers as they accompany their parents by car from Montreal to Maillardville in 1949. The French Canadian family struggles to speak English without a tell-tale accent. Their adventures are told on a province-by-province basis. "There was an influx of Francophones in the 40s and 50s from Quebec,"; says Charles. "My father was one of them.";

Norma Charles lived in the Fraser Valley enclave of Maillardville for 20 years until she attended UBC. When her own four children were in school, she began to write, inspired by her students and by her "front row seat on the dramas of children's daily lives."; When she read her first unpublished work aloud to a creative writing class, the instructor commented to the class, "Oh. Is that it?"; Undaunted, Charles submitted her manuscript to a publisher. Her 'Is that it?' story, See You Later Alligator, has reportedly sold over 100,000 copies. She has since written mostly young adults novels. A call from their long-absent father in The Accomplice lures Megan and her sister Jen to an isolated west coast island. But soon Megan suspects their father, who's still drinking, of a more sinister plan than a secret weekend reunion. He is fixated on keeping trespassers away. "Spies,"; he declares. News of campers sends him in a fury to the other side of the island to frighten them off. In his absence, disaster strikes, and it falls to the girls to kayak for help.

In Norma Charles' Runaway, the nuns at the prairie convent where 13-year-old Toni has been sent to tame her rebellious spirit insist on using her ridiculous proper Christian name, Marie Antoinette. Far from her West Coast home, Toni endures poor food, loneliness, a windowless alcove in a stifling dormitory and the scorn of the other girls. But the convent's chafing motto of Punctuality, Neatness and Obedience doesn't prevent Toni from fleeing outside to dance in the glory of a prairie dawn, "her silk kimono floating out behind her like a cloud of cherry blossom petals."; This brief taste of freedom leads her to the convent's abandoned barn where she discovers a weeping, bedraggled slip of a girl named Jess. An orphan whose family had died during an influenza epidemic, Jess is temporarily taken in at the convent while Mother Superior makes inquiries into her past. The rebellious Toni, who dances in church and flashes her underpants at her snobby fellow students, finds a cohort for adventure in Jess. The two girls slide down the banister, get locked in the infirmary, filch raisin buns from the kitchen, creep along an outside window ledge three storeys up and see a lot more of Mother Superior than they would like! These hijinks pale, though, when Jess's abusive uncle shows up to claim her. Toni's courage and loyalty are put to the test as she tries to save her new friend.

Several of Norma Charles' books have been translated into French and published in Quebec. Obsessed with a pint-sized comic book superheroine named Star Girl, tomboy Sophie sets off with her French-Canadian family on a month-long move from Montreal to B.C. in 1949 in Sophie Sea to Sea. The novel makes its way west from Quebec through Ste. Anne des Chènes, Manitoba, Lafleche, Saskatchewan and Carbon, Alberta, encountering the Winnipeg Flood of '49, a go-cart race, and the oil fields and badlands of the southwest. At each chapter/border, the author provides teachers and readers with a map and snapshot of the province. Norma Charles recreated the Francophone world of 1949 Maillardville, B.C in a sequel entitled Criss Cross Double Cross. It's the story of Sophie LaGrange, alias Star Girl, who heads off to Notre Dame de Fatima, a new school where French is the first language. Misadventures accumulate. Maman buys a pair of Super Clip Clippers on sale and Sophie ends up with scarecrow hair; Sophie is sent for ice cream for dessert and makes an unfortunate detour, then hams it up at the talent contest and is beat out by snotty Elizabeth Proctor. Sophie's Grand'maman makes spicy boulettes, and hangs a picture of Jesus, heart dripping blood, above her bed; the priest comes for dinner after Mass; and Elizabeth and her friends taunt Sophie calling her Frenchie pea soup. Sophie counts on her comic-book alter ego, Star Girl, to save the day. In a sequel called Sophie's Friend in Need (2005), Sophie at age eleven in 1950 attends Camp Latona on Gambier Island where she tries to help a distraught Jewish refugee named Ginette.

Boxcar Kid (2007) takes place at the turn of the 20th century, as 13-year-old Luc's family moves from BC to Quebec, only to find that they have no home to move into. At a time when bicycles and automobiles are just starting to appear, the family moves into a railway boxcar, which they share with three other families. Luc is drawn to the new, modern technology he sees, which troubles his father, an old-fashioned man.

Like Charles' story Runaway about a girl who flees from a convent, The Girl in the Backseat (2008) is a story of escape, but this time on a larger geographical scale. Trapped within a repressive Bountiful-style religious community in which young girls are forced into marriages with much older men, a young girl named Toby takes flight from her marital fate by hiding in the back seat of a mini with the help of Jacob and Minerva, black children of a Caribbean mother who has recently remarried a penny-pinching Englishmen. As they make their way across the country towards Winnipeg, where Toby hopes to find her sympathetic aunt, the threesome share adventures and expand their horizons, literally and figuratively.

In Bank Job (Orca 2009), Nell and two boys in her foster home rob banks to raise money to pay for expensive renovations to their caring foster home. The story was inspired by a newspaper story of three teens in Vancouver who robbed seven banks.

Run, Marco, Run (Ronsdale, 2011) sympathetically portrays the plight of a thirteen-year-old boy who becomes a stowaway on a freighter to Vancouver in order to escape kidnappers who know he has witnessed their seizure of his father, a Canadian journalist, from a market in Buenaventura, Colombia. While searching for a friend of his father's, Marco must evade drug dealers, security guards, police and authorities who would send him back to Colombia--possibly into the arms of his father's kidnappers.

Norma Charles retired from her job as a Vancouver teacher-librarian in 1995.


It was Billy's idea. Rob a bank, give the money to Janice and Joseph Hardy. The Hardys put in a second bathroom. Social services are happy and everyone gets to stay put.

As narrator Nell and Billy warn reluctant Tom, who's new to Ministry care, "You don't want to even think of what's out there passing for fosters.";

They pick a Bank of Montreal branch. It goes like clockwork. Almost $1500! At this rate, warns Tom, now even more convinced of the plan's lunacy and danger, they'll still have to hit another six banks. How long can they keep it up before they're caught?
A newspaper account of three teens who robbed seven banks in the Vancouver area inspired long-time kidlit and young adult authors James Heneghan and Norma Charles to join up and pen Bank Job.

Eclipsing all this, though, is Sophie's obsession with figure skating sensation Barbara Ann Scott.

In Chasing A Star, Norma Charles recalls the equally passionate national fervor for Canada's first-and only-gold medal Olympic winner in women's figure skating. Known as "Canada's Sweetheart"; from her professional days touring with the Hollywood Ice Review, the "Gretzky of 1948,"; Barbara Ann Scott, was inducted into Canada's Olympic Hall of Fame and received the Order of Canada.

More thrilling to young Sophie, though, is her much-coveted Reliable Toy Company Barbara Ann Scott doll that her stylish, sophisticated aunts have brought from Montreal. Sophie is in heaven when she learns the Hollywood Ice Review is coming to town and Barbara Ann Scott will be performing right in her hometown of New Westminster!

But Maman says tickets are much too expensive, especially after the costs to send Sophie to an all-girls academy. Maman worries the local high school is too rough. The neighbourhood isn't what it used to be. A motorcycle gang has even moved in. Still, Sophie is very determined to at least get an autograph.

Badgering her older brother Joseph into taking her on his new motorbike to the arena where he plays hockey, Sophie has high hopes of spotting her heroine at early morning practice when the ice is still the pristine and perfectly smooth surface Scott requires for her daredevil leaps.

Sophie finds a silver bracelet with the initials BAS. One of her aunts, who went to school with Barbara Ann Scott, agrees to intervene and suddenly Sophie is meeting her idol. Maman is being recruited to play the organ for the Review. Even Joseph is touted as a possible fill-in for one of the male skaters.

But what's going on between

Sophie's aunt and Scott's enigmatic skating partner, the dashing Ricardo Montaine? And that motorcycle gang? Sophie's sure they're coercing Joseph to join them and, much, much worse, mounting a heinous plan to kidnap Canada's Sweetheart.

Chasing A Star features photographs contributed by Scott as well as an appendix of career highlights.
Norma Charles grew up in French-speaking Maillardville, attended school in New Westminster, skated at Queen's Park Arena and got to see Scott in the famous Hollywood Ice Review.