Orrey Charleyboy wrote Tsi Del Del: Redstone (1991), a local history produced from Williams Lake. The Tsi Del Del First Nation at Alexis Creek is also known as the Redstone Band. The Charleyboy family is prominent in the West Chilcotin where Chief Ervin Charleyboy helped introduce the first annual Tsi Del Del rodeo with Steve Horsman, Joyce and Gene Cooper, Edna Lulua, Seraphine and Dixie William, Geraldine Solomon and Marilyn Charleyboy in 1998. The community of Alexis Creek is located 20km/12.5mi west of Hanceville or 188 kilometres west of Williams Lake, along Highway 20. It is named after Chief Alexis of the Tsilhqot’in (sill-ko-teen), who was chief during the time of the Chilcotin War. Nearby are Bull Canyon and Battle Rock, sites of fierce intertribal battles. 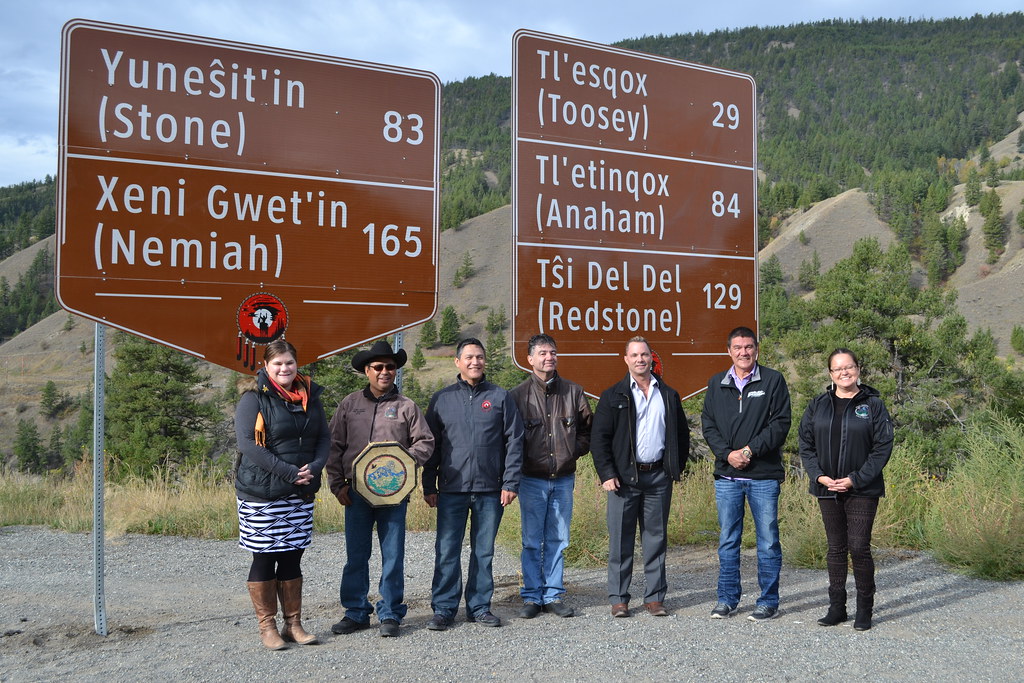