The first Indigenous person to be elected to the Cariboo Chilcotin School Board, Phyllis Chelsea has received the Order of Canada, the Order of British Columbia and an honorary degree from U.B.C. for her work. She has been instrumental in revitalizing Shuswap language and culture within schools, and co-authored Learning Shuswap, Books 1-2 (1980).

Along with her husband Chief Andy Chelsea, Phyllis Chelsea led a movement during the 1970s to abstain from alcohol and drugs within the Alkali Lake Indian Band, now known as the Esketemc, a nation of approximately 600 Secwepemc (Shuswap) people south of Williams Lake. At one time the Alkali Band had an alcoholism rate estimated as high as 100 percent. The social devastation caused primarily by substance abuse was such that others referred to the community as Alcohol Lake. Liquor stores and taxis in Williams Lake benefited from the widespread chronic addiction; there were regular deliveries three times per week on the so-called "Dog Creek Stage," and bootlegging was rampant.

Phyllis Chelsea was the first to abstain, followed by her husband four days later, in June of 1972. They were responding to their seven-year-old daughter Ivy who told them, "I don't want to live with you anymore." The Chelsea family was encouraged by Alcoholics Anonymous counselor Ed Lynch, an Oblate Brother. Andy Chelsea was elected as band chief soon after he quit drinking. He instituted a variety of reforms, some of which were very unpopular, in order to achieve an abstention rate of more than 90 percent by 1979. Liquor sales on the reserve were banned, the RCMP used marked bills to entrap local bootleggers (including the mothers of Andy and Phyllis Chelsea), chronic drinkers received vouchers for Williams Lake stores instead of welfare money, an alcoholic priest was encouraged to leave the reserve and perpetrators of alcohol-related crimes were given the choice between jail and undergoing treatment.

Ivy Chelsea, later as a single mother of five, gained employment as a Secwepemc teacher and a facilitator and trainer for Letwilc Trainings. Sometimes accompanied by her mother, Ivy Chelsea has traveled extensively to Aboriginal communities, sharing the story of her people's progress. Andy and Phyllis Chelsea made similar trips for years, recalling their experiences across North America and Australia. Their inspirational story of attempting to "dry out" the Alkali Lake Band has been recorded in a documentary film, "Honor of All: The Story of Alkali Lake," released in 1986. 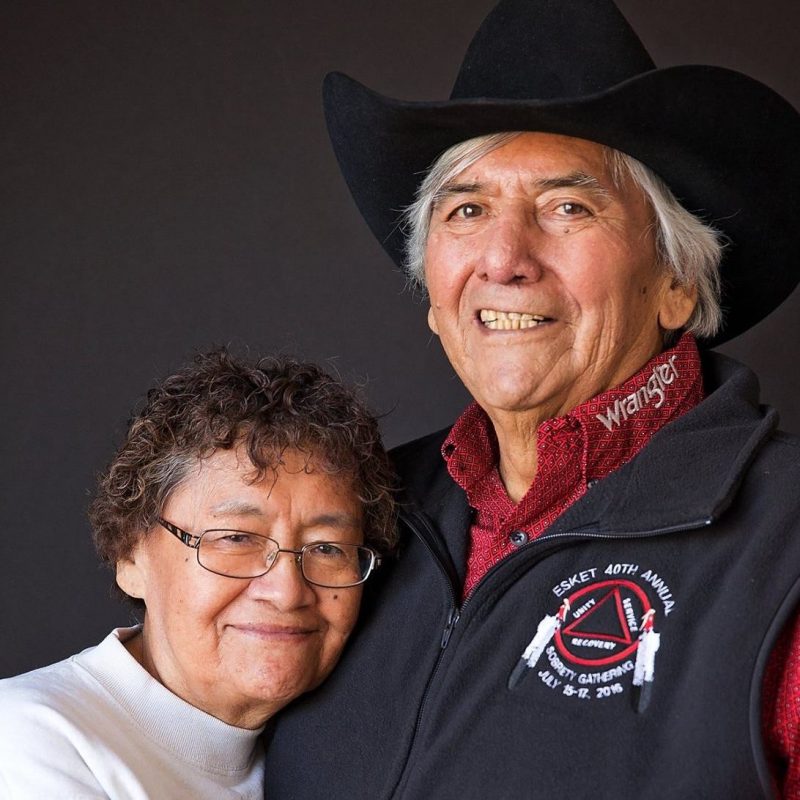 Andy Chelsea was chief of Esk'etemc First Nation at Alkali Lake when I arrived in the Cariboo Chilcotin in 1973. The year before, he and his wife Phyllis launched a sobriety movement that would eventually transform their whole community and send reverberations around the world.

But the struggle to turn a community soused in alcohol into a healthy, productive place was monumental. When I met the Chelseas they were the only adults in Esk'et not imbibing. In fact the nickname for Alkali Lake at that time was Alcohol Lake, and Andy and Phyllis wanted very much to change that image.

I was a back-to-the-lander seeking a simpler way of life when I met Andy. I told him how much I envied his growing up in a log cabin, and expressed my aspirations to do the same. He surprised me with his response. "I want what you had growing up," he said. "A modern house with amenities like electricity and running water."

So there we were two ships passing in the night, each heading in opposite directions. Well not completely. We were both committed to social change and making a difference outside the box. So on that level we stayed connected and maintained a lifelong friendship.

Last spring Carolyn Parks-Mintz published a book about the Chelseas and their efforts to build a better life for themselves and transform their community.

Resolve: The Story of the Chelsea Family and a First Nation Community’s Will to Heal (Caitlin Press 2019), begins Phyllis and Andy's early life before alcohol was a problem. It describes their idyllic childhood living "up the meadow" with grandparents or in remote cowboy camps beyond Gang Ranch where they rode horses every day for fun.

It also describes the harsh transition when the children from Esk'et were herded into cattle trucks and sent to Saint Joseph's Mission residential school and were forced to live apart from the nurturing and love of their families ten months of the year.

Parks-Mintz doesn't spare any punches describing Phyllis and Andy's personal accounts of the traumatic physical and sexual abuse they suffered there. The result was deep emotional and psychological wounding that would take a lifetime to heal.

Phyllis and Andy got to know each other at Saint Joseph's though there were strict rules keeping the boys and girls apart. They were both shy and recognized a kindred spirit in one another. After leaving the mission they eventually became close and were married in 1964. Phyllis was 21 and Andy, 22.

Alcohol became a big factor in their lives, just as it was with most adults in Esk'et. Andy was a hard worker and a good provider, employed during the week at Linde Brothers Sawmill at Springhouse. The Chelseas enjoyed a rich family life with the birth of three children in their first seven years of marriage.

Weekends however were different. Their social life included binge drinking with friends and family and that's when things often got ugly.

Parks-Mintz attributes the negativity triggered by the alcohol to the undercurrent of trauma suffered at residential school and the historical impacts of colonial and systemic racism.

"When alcohol was involved, things got rough," Phyllis states. "A different side of people would come out, and mostly it wasn’t good."

The Chelseas' three kids, Ivy, Dean and Robert, usually spent the weekends with one of their grandmothers while Phyllis and Andy partied. Then after one raucous weekend in 1972, seven-year-old Ivy told her mother she no longer wanted to live with them because they drank too much.

Phyllis took her daughter's remonstrations to heart. She reflected how she was passing on the hurt and neglect she had inherited from her residential school experience onto her children.

That’s when Phyllis saw the urgency to make radical changes in her life. She promised Ivy if she came home she would quit drinking for good, and she immediately poured all the booze in the house down the kitchen sink. "I never took another drink again," she says.

A week later, Andy followed suit, and that's how it all began.

It was a lonely existence trying to reverse a social pattern so deeply ingrained in the community. But Andy and Phyllis were determined. At first they were the only adults in Esk'et to give up drinking. Even the resident Catholic priest was a drunk, a bootlegger and a philanderer.

The Chelseas got support from Oblate Brother Ed Lynch in Williams Lake, who had wrestled with his own alcoholism and was now reaching out to help others. Gradually, one by one, other Esk'etemc members joined the Chelseas in their bid for sobriety.

Resolve is a story of personal triumph and achievement and community empowerment as more and more Esk'etemc people swore off the bottle. In less than ten years they went from 100 per cent alcohol users to more than 90 per cent sober.

Over the years new strong leadership emerged in Esk'et inspired in large part by the Chelseas. Quite naturally there have been ups and downs as each generation comes to terms with its own challenges.

In 2019 Esket continues to be an exemplary community with wellness and pride at the forefront. Every year the annual Esket AA Roundup is attended by people from around the world.

Sobriety was just the first step on the long road to recovery. It made time and space for the community to address deeper problems like indigenous rights, reconciliation and justice for First Peoples in Canada. Parks-Mintz includes the comments and narrative of other indigenous leaders on these subjects.

Andy Chelsea passed away while this book was in progress but he left assured his story would be told. 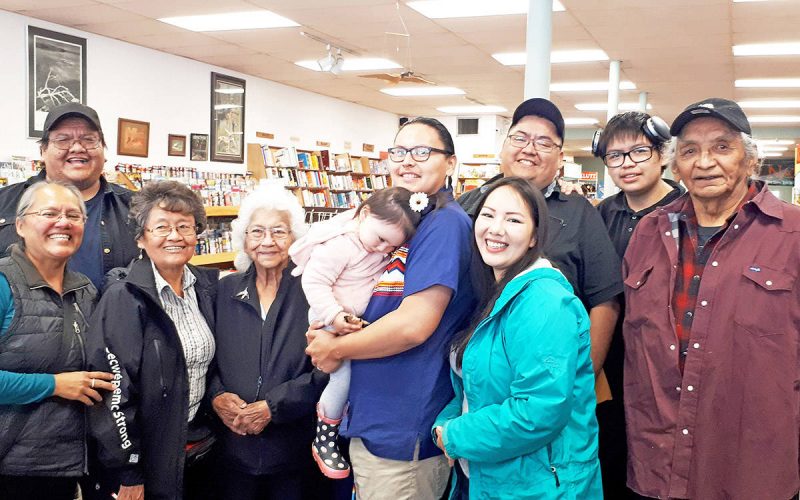 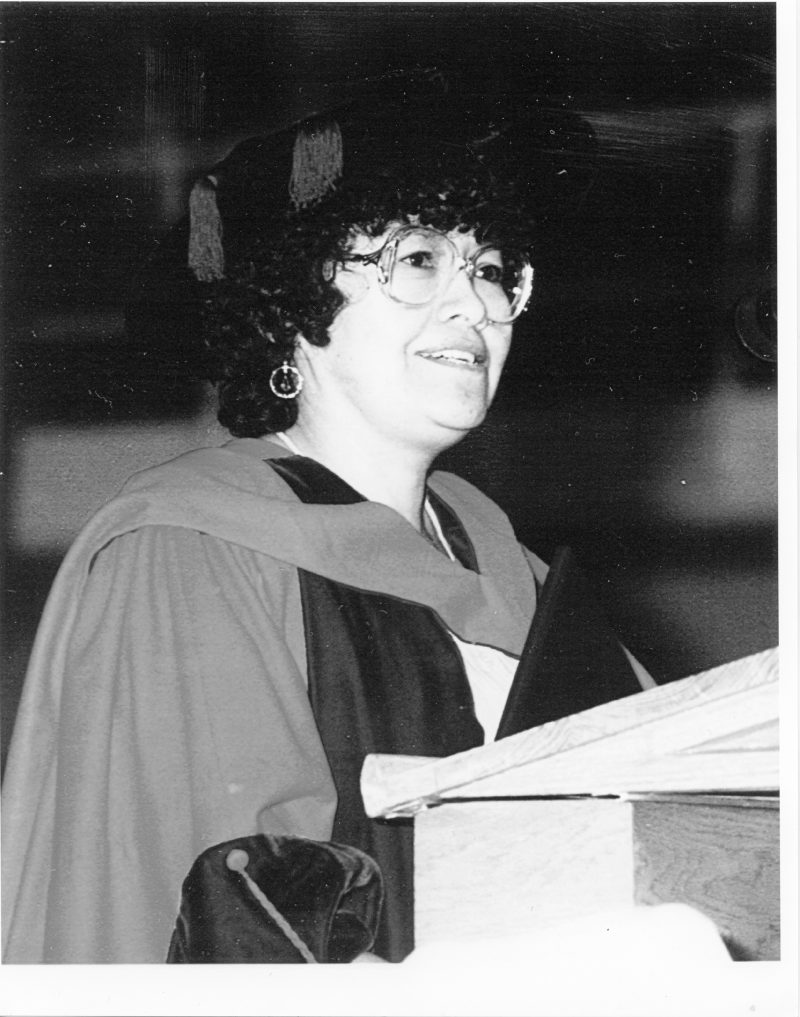 Phyllis Chelsea getting her degree at UBC.[/caption] 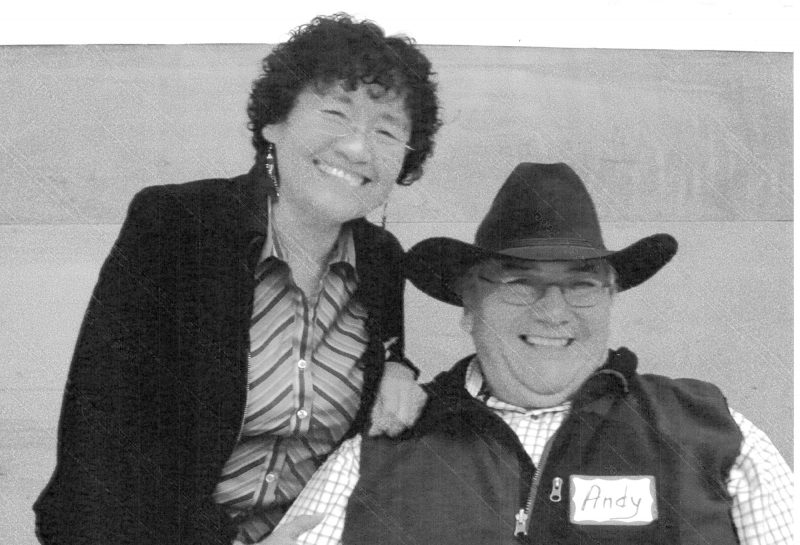 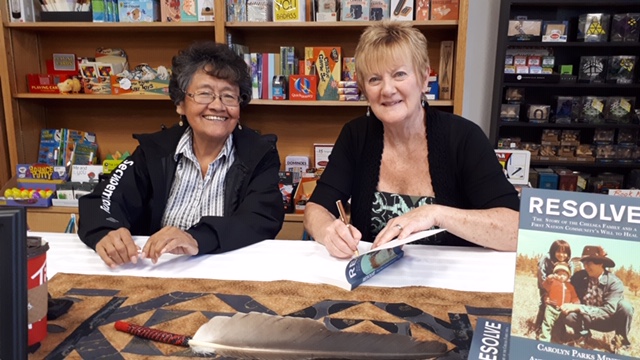