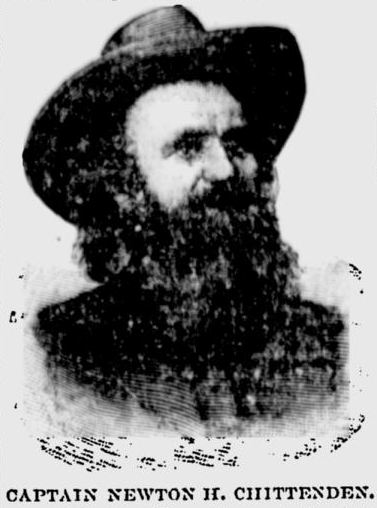 
The first white man to explore the interior of the Queen Charlotte Islands, Captain Newton Chittenden was an American lawyer and lecturer who wrote both popular and governmental reports. He was a Union Calvary Regiment officer during the Civil War who was admitted to the Supreme Court. He also exhibited Indian and Inuit relics in Europe. These he collected while travelling 3,400 miles on burro and foot through the Southwest, Northwest Coast, and Central Plains. His collection was donated to the B.C. Provincial Museum. Chittenden's grandson Wilfrid 'Curley' Chittenden wrote two illustrated histories of Fraser Valley logging.

Settlers', Miners' and Tourist's Guide From Ocean to Ocean by the C.P.R., the Great Transcontinental Short Line Through a Region of Unsurpassed Attractions for Settler, Miner and Tourist. (Ottawa, James Hope & Co., 1885)