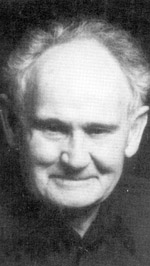 Born in 1913, Curley Chittenden first learned about logging as a boy by helping his father to horse log near Bradner in the Fraser Valley. He worked for M&T Logging on Harrison Lake in the mid-1930s. With Vedder Logging, he worked as a loader operator on Vedder Mountain and at Chehalis. He and Ward Snider operated their own Snider & Chittenden Logging outfit on Harrison Lake in the 1950s and 1960s. Also a former musician, he co-wrote and co-published two excellent illustrated histories of logging and sawmilling with Arnold M. McCombs, a retired forestry engineer who was also an Agassiz-Harrison alderman. First they collaborated on The Harrison-Chehalis Challenge (Treeline Publishing, 1988), a history of the forest industry around Harrison Lake and the Chehalis Valley. It was followed by The Fraser Valley Challenge (Treeline Publishing, 1990), a history of logging and sawmilling in the Fraser Valley. Chittenden's grandfather, Captain Newton Chittenden, who published two of B.C.'s first travel books in 1882 and 1884, was the first white man to extensively explore the interior of the Queen Charlotte Islands. Curley Chittenden said he kept 'yapping at' both Joe Garner and Ivan Ackery to write their memoirs--both eventually did.


HISTORY RUNS IN THE BLOOD OF CURLEY Chittenden, co-author of The Harrison-Chehalis Challenge (Treeline Publishing $11.95). His English ancestor William Chittenden sailed to America with 25 'men in 1639. Newton H. Chittenden, Curley's grandfather, travelled 1,200 miles by canoe to become the first white man to explore the interior of the Queen. Charlotte Islands. A lawyer and Civil War veteran, he published Travels in British Columbia in 1882 and Exploration of the Queen Charlotte Islands in 1884.

Curley helped his father, Henry Lincoln Chittenden, partially clear an 8O-acre stump ranch at Bradner in the Fraser Valley in the late 1920s and the 1930s. The land was taken over by a Dutch bulb merchant named Vander Zalm, who brought over his family from the Catholic town of Noordwykerhout shortly after World War II to live on the property. Now Curley Chittenden, with the partnership of ex-engineer and forestry consultant Arnold M. McCombs, is leaving his own mark on the province.

McCombs, who blew whistles for his own father's logging show in the 1940's, has helped Chittenden research, write and publish The Harrison-Chehalis Challenge. Printed by the family firm of Custom Printers in Chilliwack, it's a well documented and richly illustrated history of sawmilling and logging in the Valley.

'We didn't get no grant or nothing," says Crittenden, "It was strictly our own deal." The material ranges from helicopter logging in the 1980s to the tough heydays of oxen and steam donkeys.

"My grandfather wrote books," says Chittenden, "so I guess that's why I've always been collecting pictures and making notes. I've got all my time cheques back to 1934." During the 40s, 50s and 60s Wilfred ('Curley') Chittenden became well known throughout the Fraser Valley as a logging boss and musician.

"Slats Mosher was tending hook for M& T Logging at Harrison Lake," he recalls, "Course we never wore hard hats in those days. He used to always yell at me, 'C'mon, run you curly-headed son of-a-bitch!"

"That's how I got my nickname. Nowadays I don't have much of that curly hair left. But I've been damned lucky. I still have all my hands and fingers after all these years." All these years have included leading the fight to prevent flooding of the Skagit Valley by Seattle Power & Light, envisioning the Abbotsford Air Show, supervising dyke repairs after the disastrous Fraser floodings of 1948, sponsoring a history of the Chilliwack Flying Club and encouraging Ivan Akery and Joe Gamer to write their popular B.C. memoirs.