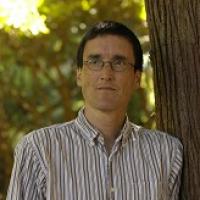 
Gordon Christie is originally from Inuvik, Northwest Territories, and his mother's family is Inupiat/Inuvialuit. He has edited Aboriginality and Governance: A Multidisciplinary Perspective (Theytus 2007), a compilation of articles by Quebecois academics who examine the complexities of Aboriginal governance from English, French and Aboriginal perspectives. Christie published Canadian Law and Indigneous Self-Determination (University of Toronto Press, 2019) about the development and understanding of Aboriginal rights in the Canadian courts since 1982. It is also a treatise on the state of Canadian Indigenous-state relations.

In 2004, Gordon Christie joined the Faculty of Law, University of British Columbia, as an associate professor and later became a full professor in the Peter A. Allard School of Law. He has a LL.B. from the University of Victoria, and a Ph.D. (in philosophy) from the University of California, Santa Barbara. He has taught in universities in Canada and the United States, in Faculties of Law, and Departments of Philosophy and Indigenous Studies. He was an Assistant Professor at Osgoode Hall Law School (1998 - 2004), where he also acted as Director of the Intensive Program in Aboriginal Lands, Resources and Governments.