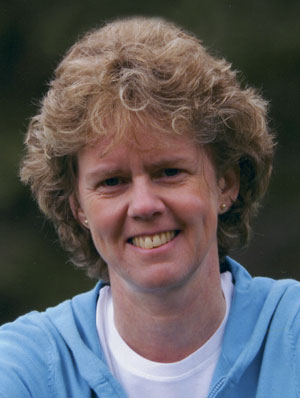 
As a primary school teacher living on a ranch in Bridge Lake, B.C., Becky Citra followed her children's novel, My Homework is In the Mail! (Orca Book, 1999), with a young adult novel, The Runaway (Orca $7.95), Dog Days (Orca, 2003) and Strawberry Moon (Orca, 2005). Strawberry Moon is part of her Max and Ellie series set in Upper Canada in the early 1800s. Her novel Never to be Told (Orca 2006) concerns a young girl name Asia who lives with elderly Ira and his wife Maddy on a remote farm at Cold Creek in northern B.C. in 1915. When Ira has a heart attack and his interfering son Harry arrives, Asia begins to see a ghost at a neighboring farm. Eventually sent to live with her grandmother in West Vancouver, Asia untangles the mystery of her mother's disappearance.

In Jeremy and the Enchanted Theater (Orca, 2004), illustrated by Jessica Milne, the protagonist travels to Mount Olympus with an orange cat named Aristotle to save Mr. Magnus' theatre, but Zeus agrees to help only if three riddles can be solved. In the follow-up, Jeremy in the Underworld (Orca 2006), illlustrated by Milne, Jeremy must travel to the underworld in order to solve one of the riddles.

Missing (Orca, 2011) is the story of Thea, a girl who hopes her father's wandering days are over when he lands a steady job renovating a Cariboo ranch. A budding friendship with a local boy named Van and the trust of an abused horse are the backdrop for a decades old mystery that she must solve to come to terms with the losses in her own life.

As a nine-year-old who bounces from foster home to foster home, Tory falls in love with a shaggy pony named Lucky during summer on a horse ranch. Disaster strikes in Becky Citra's twelfth title The Way Home (Second Story $8.95) when Lucky flees into the wilderness during a forest fire. Eventually Lucky finds refuge at Rainbow Ranch with a friendly couple raising a foster son Patrick, who doesn't speak. When Tory tracks him down, she understands why Patrick needs Lucky more than she does-but possibly Tory can find a new home at Rainbow Ranch, too.

Following the death of his mother, 12-year old Will Poppy moves to a run-down castle with an aunt he hates and suspicious servants in Griffin of Darkwood (Coteau Books 2016). Will has a serious case of writer's block after his mother passed away, and but adventure is right around the corner when he is given a mysterious package which includes an old picture of his grandparents and a piece of cloth with the words "The Griffin of Darkwood"; on it. The village is filled with rumours of a curse on the decrepit castle Will now calls home which has something to do with the disappearance of a young girl forty years ago. The servants are out to harm him and it's up to Will to unravel the mysteries of the Griffin of Darkwood and what it has to do with his family.

Articles: 2 Articles for this author
After the Fire
Review (2010)


In After the Fire (Orca $9.95) Melissa's mother is changing her ways. No more guys. No more drinking. She's getting back on her feet and, to save money, she, Melissa and little brother Cody are spending the summer in some old cabin. "Just think,"; says her mother, "Pretty soon we'll be swimming in a real lake...";

But Melissa knows by now that nothing her mother plans ever turns out.

Despite the outhouse, the mosquitoes and the lack of running water, living at the cabin's not bad. For one thing, Melissa gets her own room. Her charismatic mother charms the locals and, surprisingly, puts the run on two beer-toting guys looking for a little fun.

Melissa takes her fair share of responsibility for Cody, watching him in the mornings while her mother struggles with a correspondence course, determined to get her grade twelve. Free for the rest of the day, Melissa is still haunted by the trailer fire two years earlier that they, and her mother's no-good boyfriend, had so narrowly escaped.

One afternoon, on a paddle out to a little island, Melissa meets a mysterious pale-faced girl with long blond hair. Alice is different. She's writing a fantasy novel about changelings and evil fairies. She talks endlessly about a popcorn-throwing, tree-house building older brother and a cupcake-baking mother who's in publishing.

Alice calls Melissa her best friend. Yet there's the intense, almost clinical, interest in Melissa's scarred right hand, the unnecessary and obvious lies, the sudden rages, the blood pact she insists on.

"Do you come in peace or war?"; Alice had once asked.

As Melissa slowly learns the truth about Alice, her idyllic family and her dangerous fantasy world, she has to ask herself the same question.

Becky Citra is a retired elementary school teacher who grew up with the Hardy Boys and Nancy Drew. She gardens, skis and writes at her Bridge Lake, B.C. ranch where she has also written her Max and Ellie historical series and a Greek myth-based time travel series, The Enchanted Theatre, featuring the talking cat Aristotle. 978-1-55469-246-0.

About The Author
Promo material (2010)

"I live on a ranch in a tiny community called Bridge Lake with my husband Larry and my daughter Meghan. Just like Ellie and Max in my pioneer series, our house is right beside a lake. All kinds of wildlife visit us on the ranch: bears, coyotes, foxes, rabbits, marmots, pine martins and weasels. Beavers and muskrats swim back and forth in front of our house. Once we even had a skunk! We hear wolves howling quite often but they are very shy and we only catch glimpses of them. Wild animals are not the only animals who live here. We have four horses called Magic, Montana, Tippy and Skipper, and a dog called Robin and a cat called Cookie.

"My joy of writing began when I was a child. An avid reader of The Hardy Boys and Nancy Drew, I started scribbling my own mystery series at 11 years old. I took a long break from writing when I became a teacher. However, reading wonderful books out loud everyday to young children in schools inspired me one day to give it a try myself - and I've never looked back! I retired from teaching in 2007 to become a full time writer.

"Ideas for my books come from all kinds of places. My first books, My Homework is in the Mail and School Campout, drew on experiences right out of the classroom! Although no longer teaching, I frequently visits schools and libraries and find the students a continuing inspiration! A fascinating story in a magazine about young children immigrating to Upper Canada in the 1800's sparked my interest to do further research and my Max and Ellie series about a pioneer family was born.

"My daughter Meghan is an avid reader and writer of fantasy, and she urged me to try my hand at the fantasy genre. That was the beginning of the Enchanted Theater series, a fantasy tale about a boy and a cat who travel back in time to Ancient Greece. There are four books in the series, all fast paced, lively and with great illustrations.

"I have a lot of fun writing for younger readers, but I have always had a secret wish to write longer novels. My first 'long' novel, Never To Be Told, is a mystery for girls and boys ages 9 to 13. The first part of the book takes place on a remote ranch in the Cariboo in British Columbia (very much like our ranch in Bridge Lake) and the second part takes place in West Vancouver (where I grew up!)

"My two latest books, Sam's Ride and Whiteout, both take place on Cariboo ranches. Both are stories of adventure and survival.

"I try to write every day, in between a busy family life and traveling to talk to children about my books. I love the initial stages of a story best when everything is new and full of promise. For breaks, I ride my horse on our ranch, garden, hike, ski and read, read, read!"