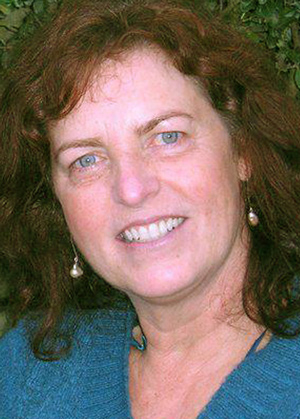 
Kim Clark, who lives at Cedar on Vancouver Island, is the author of Attemptations (Caitlin Press 2011), a compilation of stories, most of which cast diseased or physically challenged women into leading roles. According to her website, "Disease and desire, mothering and the mundane propel her ongoing journey between poetry and prose."

Clark's work has been variously published by Ascent Aspirations, Leaf Press, the Right-Eyed Deer, Anvil Press (Body Breakdowns) and Malahat Review. In 2005 she won the Cecilia Lamont prize for fiction and her story "Solitaire"; was shortlisted in the Malahat Review's 2010 Novella Contest. Clark, who has Multiple Sclerosis, holds a BA in Creative Writing from Vancouver Island University.

Articles: 1 Article for this author
Attemptations by Kim Clark
Review (2012)


There are various psychological reasons given for why people must invent stories. Some say, for instance, that most fiction writers are injustice collectors.

Kim Clark believes that before MS began its insidious infiltration of her body, there was no writing in her and that, somehow, the damaging changes that shut down certain functions in her brain also opened up other unused areas that housed a secret love affair with language and all its delicious sights and sounds and feelings.

KELLY LOUISE JUDD'S COVER ARTWORK FOR ATTEMPTATIONS leads one to expect the unexpected: A woman appears to be levitating. There is a rabbit in mid-air, poised to land on her throat. It turns out the characters throughout Attemptations have physical challenges-and, of course, nearly all physical afflictions arrive unexpectedly. Even the dog in "Dick & Jane and the Barbecue"; has epilepsy. Jane has "an obscure disease involving physical wasting.";

Shorter stories at the outset build towards the longer ones. In "Solitaire,"; Lillian, an aging woman with arthritis, plays cards on her own. Her days consist of taking her meds, eating a poached egg for dinner, and perhaps watching a documentary about superstitions and talismans.

With a desire to have her own lucky rabbit's foot, Lillian hears about the human feet-"mostly left";-that are being washed up onto Gulf Island beaches. (Detached human feet, mostly left ones, have been found on various occasions on West Coast beaches.) Before long, Lillian dreams herself "agile as all get-out"; and into a feline body. Her "dreams become reality"; and we go along for the shape shifting ride, largely because Clark appears to delight in her own word wizardry, and we share in that
delight.

The other long story, "Six Degrees of Altered Sensation,"; introduces Melanie, a writer with MS, another of Clark's feisty female characters. At her launch in Nanaimo, Clark said she finds this story the most fun. Indeed it is. Melanie's inner dialogue is hilarious at times. She is another physically challenged character full of desire.

When Mel goes to an MS clinic for her annual check-up, she learns the results of a Sexual Neuro-Response Study. Dr. Sharni tells Mel that she'll only be able to have a few more orgasms before her "sensory nerves, the sympathetic system, will stop responding.";

Mary Ann Moore is a freelancer based in Nanaimo.