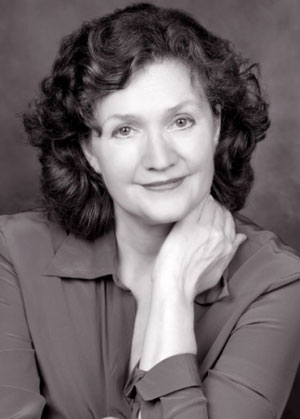 
Born in Vancouver, Sally Clark became one of Canada's leading playwrights after moving to Ontario in 1973 where she became playwright-in-residence at Theatre Passe Muraille, the Shaw Festival, Buddies in Bad Times Theatre and Nightwood Theatre. Clark has received a Chalmers Award (1990), a Governor General's Award nomination (1991) and the special Prix du Jury at the Henri Langlois International Film Festival (1992).

Set in the Klondike of 1897, Clark's play Wanted (2004) is about one woman's determination to retain her independence within a frontier community built upon opportunism and competition. Partially inspired by Pierre Berton's history Klondike, the play was written during her stay at Pierre Berton House in Dawson City for the winter of 2001-2002. Clark has since moved back to Vancouver.

Sally Clark's first novel Waiting for the Revolution (Cormorant 2010) is set in 1974 during the height of the social, cultural, and sexual revolution. Promotional material states, "Straight-laced Jay moves from her hometown of Victoria, B.C., to attend the University of Toronto, where her high school crush is attending. Hoping to fall in love and become a famous artist, she is instead overwhelmed by throngs of hippies, judgmental art teachers, and boy crazy sorority girls. With freewheeling attitudes towards sex and love swarming all around her, Jay could not be more confused about where she belongs."

By 2010, living in Vancouver, Clark was the author of eight plays. She also wrote and directed the short film Ten Ways to Abuse an Old Woman, which won the Special Prix du Jury at the Henri Langlois International short film festival in 1992.