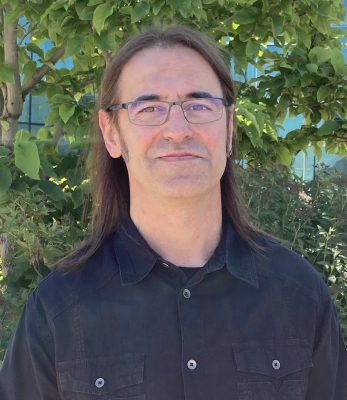 
Chris Clarkson is a history professor at UBC Okanagan.

The saying goes that victors get to write history. In prison life, wardens and guards are the gatekeepers of prison life stories. Actually, not all the time. Some ex-prisoners write memoirs upon release, revealing what life was like behind bars. Oswald Withrow, a physician convicted of manslaughter in 1927 when an abortion he performed ended badly, described early twentieth century jails in Shackling the Transgressor: An Indictment of the Canadian Penal System (Thomas Nelson and Sons, 1933). He had spent two and a half years in the Kingston Penitentiary and was horrified by the experience.

Withrow’s record is liberally quoted in Disruptive Prisoners: Resistance, Reform, and the New Deal by Chris Clarkson and Melissa Munn about how prisoners fought for their rights in the mid-20th century despite being in positions of little power.
Upon Withrow’s intake on May 21, 1927, he was given a Lysol bath and a prisoner’s uniform, fingerprinted and read the rules and regulations. “He may have had questions about these, but he did not ask them, since it was made clear to him that prisoners were to exist in silence,” writes Clarkson and Munn, both UBC Okanagan professors. “He was then taken to his 5.5 by 10-foot cell, where he first laid eyes on his cot, thin pillow, toilet, cold-water sink (which dispensed non-potable water), shelf, and folding chair.

“Withrow would retrieve his breakfast (dry bread and tea) and return to his cell to consume it. He would rise on Sunday mornings to go to chapel for religious service. On the other days he would labour within the prison walls, with a break to retrieve lunch at 11:30 a.m. Following the afternoon’s labour, he would be allowed fifteen minutes in the yard before collecting his evening meal tray and returning to his cell, where he would spend the next fifteen hours in silence.

“Given one word to describe his experience, Withrow chose ‘Terror.’” He was not surprised that a few years after his release the prisoners rioted. The uproar shook the prison establishment and the Liberal government of the day created a Royal Commission into penal reform in Canada, completed in 1938 and often referred to as the Archambault Report.

“Even though five years had passed since the riots, newspaper coverage of the commission report was extensive,” writes Clarkson and Munn. “Front page coverage in The Globe and Mail noted that ‘in the most colourful and forceful language, the report has lifted the lid from the whole penal systems and revealed an ugly institution.’”
With a blueprint for reform, the government announced changes that became known as the “New Deal” and the mantra was “Prisoners are People.” The emphasis was to be on reformation rather than punishment and recommendations included changes to crime prevention techniques, sentencing, conditional release, classification and segregation practices, and vocational and educational programming, as well as prison labour standards, the expansion of recreation and leisure opportunities, improved medical services, increased staff training, the reorganization of the administrative bureaucracy and the improvement of facilities.
World War II interrupted the reform process but by 1946 talk of change began anew. One of the more significant changes was that in 1950 prisoners began publishing their own newspapers as part of a program to boost prison morale. Not only could prisoners talk to one another, they could express themselves in writing.

It was known as a penal press and the audiences were the inside prison populations as well as outside subscribers. Clarkson and Munn turned up a number of these prisoner-generated newspapers including Tele-Scope (Kingston Penitentiary, 1950-58), Transition (B.C. Penitentiary, 1950–58) and Mountain Echoes (Manitoba Penitentiary, 1950–58). These newspapers were often censored and by 1960, they had fallen out of favour. But for the time they existed, they provided a voice for prisoners and a useful record.

“The penal press and prisoners’ writing recast the narrative and influenced the direction of our analysis,” wrote Clarkson and Munn. “Prisoners see things that others do not, and see them from a perspective that is often absent from histories of the prison systems. Prisoner-generated documents show that convicts were not just passive recipients of reform: they were active agents who shaped the prison system and the reform interventions.

“Furthermore, prisoners’ writing tells us not only about prison but about the prisoners themselves. In the pages of the penal press, they shared their ideals and aspirations, engaged with prisoners at other institutions, and spoke of events in the outside world. Once introduced to these writers, we could never see them, or prisons, the same way again.”

After gathering all their research, the authors concluded that some of the so-called prison reforms were incomplete despite what official reports stated. And including prisoner stories in an historical context provided a more nuanced and complicated reframing of the post-Archambault Commission era.