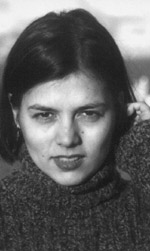 
Lynn Coady was named the 2013 winner of the Scotiabank Giller Prize for her short story collection Hellgoing, published by House of Anansi Press. The announcement was made at a black-tie dinner and award ceremony hosted by Jian Ghomeshi, attended by nearly 500 members of the publishing, media and arts communities. The shortlist and winner were selected by Canadian authors Margaret Atwood and Esi Edugyan; and American author Jonathan Lethem.

Of the winning book, the jury wrote: "The eight stories in Lynn Coady's Hellgoing offer a stupendous range of attitudes, narrative strategies, and human situations, each complete and intricate, creating a world the reader enters as totally as that of a novel, or a dream. Yet the book as a whole is also magically united by Coady's vivid and iconoclastic language, which brims with keen and sympathetic wit. Whether from the perspective of a writer flailing in the social atmosphere of a professional conference, or a woman trying to extend forgiveness to a lover's abusive father, Coady offers a worldview full of mournful humour, ready indignation, and vertiginous possibility; the reader feels in the presence of life itself."

Lynn Coady's first novel entitled Strange Heaven reflects the plight of Bridget Murphy, almost 18, who has gone to live in Halifax having apathetically given up her baby for adoption. Allowed to go home for Christmas from the psychiatric ward of a children's hospital, she reconnects with her dysfunctional family, her complaining ex-boyfriend and her alcohol-ridden friends. Coady's second novel entitled Saints of Big Harbour reflects the boredom and poverty of rural Nova Scotia through the misfortunes and ennui of Guy Boucher, a fatherless teenager who can't escape from violence and boozing in 1982-83. "Shit is only one of the excreta that fascinate Coady's characters," commented reviewer Allan Hepburn in Canadian Literature #180. "They bleed; they puke, they fart; they piss; they cry." Coady's short story collected entitled Play the Monster Blind also explores frustrated, hopeless, insecure lives exacerbated by alcohol and poverty. Her hard-edged realism can be compared to the fiction of New Brunswick's David Adams Richards. Life outside the big cities of Toronto and Vancouver can be nasty, brutal and alcohol-sated, whether urban tastemakers care to recognize it or not.

Born in 1970, Lynn Coady was adopted into a widespread Cape Breton family and grew up mostly in the industrial town of Port Hawkesbury in Nova Scotia. During a period when the oil refinery and heavy water plant shut down, she spent a few years with her family in the Margaree Valley. She graduated from Carleton University and went to New Brunswick, writing her first play and most of Strange Heaven, her first novel, in Fredericton. Lynn Coady moved to Vancouver in 1996 and studied creative writing at UBC. Her thesis work, a play entitled Monster, was shortlisted for the Women in View 1998 Anniversary Theatre Festival. She was the winner of the 1998 CAA/Air Canada Award for most promising writer in Canada under 30. Coady won the Canadian Authors Association Jubilee Award for her short story collection Play the Monster Blind and her first novel Strange Heaven was shortlisted for the 1998 Governor General's Award. She has also edited an anthology of Atlantic Canadian fiction in 2003 and tried her hand at screenplays. Her papers were acquired by Simon Fraser University's Special Collections in 2005.

She moved to Edmonton where she later became founding and senior editor of the magazine Eighteen Bridges. While living in Edmonton she published Mean Boy (Doubleday, 2006), a follow-up to Saints of Big Harbour, in which a young poet must evolve beyond his admiration for his eccentric, narcissistic, hard-drinking mentor. Soon afterwards she relocated to Toronto where she edited The Anansi Reader: Forty Years of Very Good Books (Anansi, 2007). Returning to live in Edmonton, her association with Anansi paid off when she took home the Giller Prize in 2013, having been shortlisted for the same prize for her 2011 novel The Antagonist.

Articles: 1 Article for this author
Coady at Whistler
Press Release (2014)


The second event in Whistler's "Points of Departure Reading Series"; brings Giller Prize winning author Lynn Coady to the mountains for a literary evening focused on short fiction. On May 23, 2014 at 8pm at Millennium Place Coady will be joined by award-winning novelist Bill Gaston and local writer Katherine Fawcett who will each be reading from their respective works. Local writer and musician Stephen Vogler will be moderating the evening. Tickets are $20 and available online here from April 28: http://whistlerreadersandwritersfestival.com

Lynn Coady is a novelist and essayist whose fiction has garnered acclaim since her first novel, Strange Heaven, was published and subsequently nominated for the Governor-General's Award for Fiction. Most recently, her short story collection Hellgoing won the 2013 Scotiabank Giller Prize, Canada's most prestigious literary award, which her novel, The Antagonist, was also nominated for in 2011. Coady has been a journalist, magazine editor and advice columnist and most recently has branched into TV writing as a resident of the Canadian Film Centre's Prime Time TV Program.

Bill Gaston has published seven novels including The Good Body, Sointula, and The World, which won the Ethel Wilson Award in 2013. He also has six collections of short stories, including Mount Appetite, nominated for the Giller Prize, and Gargoyles, nominated for the Governor General's Award. His most recent collection is Juliet Was A Surprise. His short fiction has won the CBC Fiction Award and Canadian Magazine Award, and has appeared frequently in Best Canadian Stories, as well as Granta, and Tin House.

Katherine Fawcett lives in Pemberton BC, a former journalist and commercial writer, Katherine turned to fiction several years ago. Since then her writing has been published in literary magazines across Canada and has won several prestigious awards including The Federation of BC Writers Short Fiction contest and EVENT Magazine's Creative Non-Fiction contest. She is the author of A Whistler Bear Story and the children's book Mushkid. Her adult short fiction collection The Little Washer of Sorrows and Other Stories is currently under consideration at several publishing houses.

The moderator for the evening is the author of Only in Whistler: Tales of a Mountain Town and Top of the Pass: Whistler and the Sea-to-Sky Country. He has contributed his writing to CBC Radio's Ideas and DNTO programs, as well as to Explore Magazine, The Globe and Mail and the Georgia Straight among other publications. Stephen performs his original music both solo and with bands Some Assembly Required and The Hounds of Buskerville. He also hosts the monthly arts showcase Creative 5 Eclectic, and is the founder of The Point Artist-Run Centre in Whistler.

The Points of Departure Reading Series is a collaboration between the Whistler Writers Festival and The Point Artist-Run Centre. These events are an extension of the annual fall Whistler Writers Festival and aim to raise awareness of the talent within the community, as well as bringing well-known literary figures from Canada to the Sea-to-Sky area. The Westin Resort and Spa is graciously supporting the series by hosting the visiting authors during their stay in Whistler, which is greatly appreciated by all parties.

About the Whistler Readers and Writers Festival: The Whistler Writers Festival was started in 2001 by Stella Harvey. Each year the three-day event brings world-renowned authors to Whistler for workshops, panel discussions and readings. The intimacy of this festival with its focus on events for both readers and writers is what makes it unique. For more information visit: www.whistlerreadersandwritersfestival.com