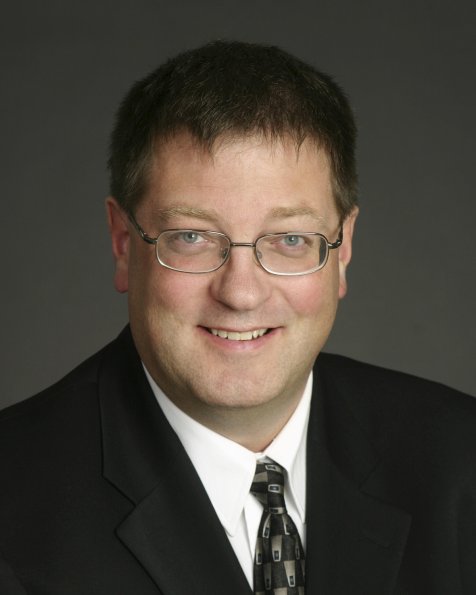 
Ken Coates first travelled on the Alaska Highway at age seven as the son of an engineer based in Whitehorse. He later had summer jobs on the highway counting cars and tearing out mileposts, replacing them with kilometre signs. To mark the 50th anniversary of the 1,200-mile highway from Dawson Creek, B.C. to Fairbanks, Alaska in 1992, he helped organize anniversary events and published North To Alaska (1991) and The Alaska Highway in World War II: The U.S. Army of Occupation in Canada's Northwest (1992), preceded by The Alaska Highway: Papers of the 40th Anniversary Symposium (1985). The extent to which the roadway affected Aboriginal life in northern British Columbia is a factor in all these works. They are companion volumes to The Land of the Midnight Sun (1988) and The Sinking of the Princess Sofia (1990), both co-written with William Morrison of Lakehead University. The Princess Sofia was a Canadian Pacific steamer that left Skagway, Alaska in October of 1918 and ran aground on the Vanderbilt Reef on her last run of the season, resulting in the deaths of all 353 people aboard in the icey waters of Lynn Canal. The loss of a significant segment of the population of the Yukon and Alaska was the greatest disaster in the history of the Pacific Northwest but it was overshadowed by news of World War One. The Land of the Midnight Sun is an important history of the Yukon, including the presence of the Hudson's Bay Company. "To suggest that the Hudson's Bay Company was anything but a good corporate citizen borders on heresy (unless you are Native, in which case it is gospel," Coates wrote in 1983.

Among his more than 30 books, Ken Coates's interest in the history of relations between Aboriginals and non-Aboriginals has resulted in many titles such as his Yukon history Best Left As Indians: Native-White Relations and the Yukon Territory (1991) which stresses the Aboriginal population was not passive in the face of expansion by Europeans, as well as Indigenous Peoples in Remote Regions: Comparative Perspectives (1995) and The Marshall Decision and Native Rights (2000). With Judith Powell he co-authored The Modern North: People, Politics and the Rejection of Colonialism (1989) which examines the north in the aftermath of the Berger pipeline inquiry of 1975. With Robin Fisher he co-edited Out of the Background: Readings in Native History (1988) and with his wife Carin Holroyd he wrote A Traveller's Guide to Northern British Columbia (1995). He is also the editor of Aboriginal Land Claims in Canada: A Regional Perspective (1992). His history called Canada's Colonies examines the development of the Yukon and Northwest Colonies whereas The Forgotten North looks collectively at the northern regions of Canada's provinces. With William Morrison he investigated a series of Yukon, pre-World War II murders in Strange Things Done (2004).

It used to be that a college degree was the surefire way of securing a successful career. Times and opportunities have changed, and What to Consider if You're Considering College (Dundurn, 2015) examines the variety of post-high-school options available to students and young adults. Publicity materials advise that this book is geared towards "Americans in their teens and twenties."

Review of the author's work by BC Studies:
The Alaska Highway in World War II: The U.S. Army of Occupation in Canada's Northwest
The Alaska Highway: Papers of the 40th Anniversary Symposium
Canada's Colonies: A History of the Yukon and Northwest Territories
North to Alaska! Fifty Yars on the World's Most Remarkable Highway
Parallel Destinies: Canadian-American Relations West of the Rockies
The Sinking of the Princess Sophia: Taking the North Down with Her
Vancouver's Fair: An Administrative and Political History of the Pacific National Exhibition

Canada's Colonies: A History of the Yukon and Northwest Territories (Toronto: James Lorimer and Company 1985).

With Robin Fisher, eds., Out of the Background: Readings in Native History (Toronto: Copp Clark-Pitman 1988).

With W.R. Morrison, Land of the Midnight Sun: A History of the Yukon Territory (Edmonton: Hurtig Publishing 1988; McGill-Queen's, University of Washingon Press 2005).

With W.R. Morrison, The Sinking of the Princess Sophia: Taking the North Down With Her (Toronto: Oxford University Press 1990). Revised U.S. edition (Fairbanks: University of Alaska Press 1991).

Ed. with W.R. Morrison, The Historiography of the Provincial North (Thunder Bay: Centre for Northern Studies 1996).

With Carin Holroyd, Japan and the Internet Revolution (Plagrave-Macmillan 2003).

Struggle and Survival: A Global History of Indigenous Peoples (Palgrave-Macmillan 2005).


With Carin Holroyd, eds., Japan in the Age of Globalization (Routledge 2011).

With Greg Poelzer, From Treaty Peoples to Treaty Nation: A Road Map for All Canadians (UBC Press, 2012).

With Fred McGuinness, Pride of the Land: A History of the Provincial Exhibition of Manitoba and the Royal Manitoba Winter Fair (Winnipeg, Peguis Publishers 1985).

With Fred McGuinness, Manitoba: The Province and the People (Edmonton: Hurtig Publishers 1987).

With Fred McGuinness, Only in Canada: Kinsmen and Kinettes (Winnipeg: Peguis Publishers 1987).

With Judith Powell, The Modern North: People, Politics and the Rejection of Colonialism (Toronto: James Lorimer 1989).

North to Alaska: Fifty Years in the World's Most Remarkable Highway (Toronto: McClelland and Stewart 1991).

From Treaty Peoples to Treaty Nation: A Road Map for All Canadians (UBC Press 2015) with Greg Poelzer


Ken S. Coates and Bill Morrison have been sparking lively debate about post-secondary education since the publication of the first edition of this readable, honest book in 2011.
Taking universities to task for spreading myths like the million-dollar promise for graduates and revealing the best-kept secrets, Coates and Morrison are arming students to make informed decisions about their future schooling and career path. The Globe and Mail has labelled it "a bracing reality check that should be essential reading for would-be university students, their parents and anyone who thinks higher education holds all the answers."

Now that nearly everyone goes to college or university but only a small percentage actually find employment in their chosen field, understanding what's really going on is more
important than ever. This completely updated and revised edition answers key questions for potential students (Is a
BA worth the paper it's printed on?) and reflects on growing debates about Quebec students, graduate unemployment, and appropriate student choices for post-secondary education.

Readers can count on university insiders Coates and Morrison for fresh, unexpected insights. KEN S. COATES is Canada Research Chair in Regional Innovation at the Johnson-Shoyama
Graduate School of Public Policy at the University of Saskatchewan. Formerly, he was Dean, Faculty of Arts at the University of Waterloo. He lives in Saskatoon.

BILL MORRISON was a professor and administrator at universities in Ontario, Manitoba, and British Columbia and a visiting professor in the United States before he retired in 2010. He
lives in Ladysmith, BC.