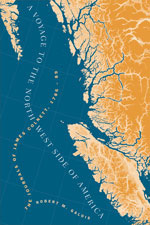 
James Colnett made five Pacific voyages in the late 1700s and early 1800s, over a period of about 13 years, and in the process he became the first European to see parts of the southern Queen Charlotte Islands.

Although Juan PerÃ©z had seen the northern Queen Charlottes [aka Haida Gwaii] in 1774, he hadn't ventured ashore, so Colnett and his crew were among the first Europeans to set foot on the Queen Charlottes. Colnett was also the first Englishman to contact the Tsimshian and the southern Heiltsuk peoples. Despite the achievements of his voyage to the Pacific Northwest in 1787-1788, James Colnett remains less well-known for his successes than for his one failure.

Born in Devon, England in 1753, Colnett joined the Royal Navy as a seaman in 1770 and gained a posting as a midshipman on the HMS Scorpion under Captain Cook in 1771. Rejoining Cook on the HMS Resolution, he spent three-and-a-half years under Cook's training during one of the greatest voyages in history. As an experienced navigator, he then negotiated leave from the Admiralty for a commercial enterprise for Richard Cadman Etches & Co. in 1786. In September of that year he embarked from London as commander of a two-vessel expedition to the Northwest Coast of British Columbia in search of furs for trade in China. He would be absent from England for six years.

Colnett's journal for that period extends to August of 1788 when he departed from the Northwest Coast in the Prince of Wales, returning to England via Hawaii and Canton. That journal has been edited by Robert Galois and recently published as A Voyage to the Northwest Side of America: The Journals of James Colnett, 1786-89. Colnett's 182-page account is augmented by extensive notes for a 441-page book. It contains extracts from a second journal kept by Andrew Bracey Taylor, a third mate on one of the ships under Colnett's command. Although academic in its orientation, the Galois text is far from dull, discussing the trading of sexual favours and other bartering factors.

James Colnett was directly involved in the Nootka Crisis that gave rise to the dispute between Great Britain and Spain over possession of Vancouver Island. This international conflict arose after Captain James Colnett had sailed from Macao in April of 1789 and arrived at Nootka Sound, on the western shore of Vancouver Island on July 3. Colnett had been sent by John Meares who had instructed him to build an English trading post. Meares claimed he had previously purchased land from Chief Maquinna at Friendly Cove.

Meares instructed Colnett to build a "solid establishment, and not one that is to be abandoned at pleasure."; This permanent English outpost, to be named Fort Pitt, was to be managed by Robert Duffin who sailed with Meares in 1788, and it would establish Meares' dominance in the lucrative fur trade.

But the Spanish were waiting. Prior to Colnett's arrival, they had seized Captain Douglas and his ship, holding its crew for two weeks in the misnamed Friendly Cove. The impulsive Spanish sea captain EstÃ©ban MartÃ­nez captured Captain James Colnett and seized his ship named the Argonaut. He also took Colnett's crew into custody. Colnett reportedly came unhinged, throwing himself into the water through one of the portholes in his cabin. Colnett recalled the circumstances of his arrest in a memoir written nine years later.

"On my coming into his cabin, he said he wished to see my papers; on my presenting them to him, he just glanced his eyes over them, and although he did not understand a word of the language in which they were written, declared they were forged, and threw them disdainfully on the table, saying at the same time, I should not sail until he pleased. On my making some remonstrances at his breach of faith, and his forgetfulness of that word and honour which he had pledged to me, he arose in an apparent anger, and went out.

"I now saw, but too late, the duplicity of this Spaniard, and was conversing with the interpreter on the subject, when having my back towards the cabin door, I by chance cast my eyes on a looking-glass, and saw an armed party rushing behind me. I instantly put my hand to my hanger, but before I had time to place myself in a posture of defence, a violent blow brought me to the ground. I was then ordered into the stocks, and closely confined; after which, they seized my ship and cargo, imprisoned my officers, and put my men in irons.

"They sent their boats likewise to sea and seized the sloop Princess Royal, and brought her into port, for trading on the coast. It may not be amiss to observe the Spaniards consider it contrary to treaty, and are extremely jealous, if any European power trades in those seas, but this cannot justify Don MartÃ­nez, who, not content with securing me and my people, carried me from ship to ship, like a criminal, rove halter to the yard-arm, and frequently threatened me with instant death, by hanging me as a pirate.";

The Spanish made repairs to the Argonaut and forced Colnett and his men to sail as prisoners to San Blas. Although they were not harmed, they were kept in custody by the Spanish until May of 1790. Colnett was not permitted to sail from San Blas in the Argonaut until July. He sailed north to Clayoquot, resumed trading, and revisited Nootka in 1791. He sailed to the Galapagos Islands in 1792. Spain and England took five years to settle what became known as the Nootka Incident. An agreement was eventually signed at Madrid on January 11, 1794 by the Baron of St. Helens for Great Britain and the Duke of Alcudia for Spain. Both nations agreed to allow each other free access to Nootka Sound.

Colnett sailed to the Pacific again in 1792 on behalf of both the Admiralty and private whaling interests, leading to the development of whaling near the Galapagos Islands. Following his capture and imprisonment in France, Colnett tried convincing the British Admiralty to mount a surprise attack against his Spanish adversaries on the Pacific Coast. Then in 1802 he took more than 400 convicts to Australia. Never married, he died at his lodgings in London in September of 1806.

The Journals of Archibald Menzies and Captain James Colnett, ca. 1787-1792, are stored in the Special Collections department of the University of California Library in Los Angeles. The Journal of Captain James Colnett Aboard the Argonaut from April 26, 1789 to November 3, 1791 includes "A translation of the Diary of Estevan JosÃ© MartÃ­nez from July 2 till July 14, 1789.";

A Voyage to the South Atlantic and Round Cape Horn into the Pacific Ocean (London, 1798).

Howay, F. W. "Some Additional Notes Upon Captain Colnett and the Princess Royal." The Quarterly of the Oregon Historical Society XXVI (1925): 12-22.

Stewart, Hillary, ed. The Adventures and Sufferings of John R. Jewett, Captive of Maquinna. Seattle: U of Washington P, 1987.

Walker, Alexander. An Account of a Voyage to the North West Coast of America in 1785 and 1786. Eds., Robin Fisher and J. M. Bumsted. Seattle: University of Washington Press, 1982.