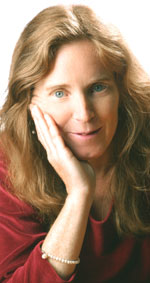 
Now based in Roberts Creek, freelance writer/editor, blogger, writing instructor and coach, and communications consultant Heather Conn has freelanced for more than 50 publications including The Vancouver Sun, The Edmonton Journal, The Georgia Straight, Quill & Quire, BC BookWorld, The Vancouver Book.

In addition, she edited PeopleTalk magazine, Vancouver and worked as a Corporate Communcations Manager for BC Transit. She has co-written a short film Subway Duel (2004), funded by NFB and BC Arts Council, and written for the CBC children's TV show Hopscotch. She has taught at SFU at Harbour Centre, Selkirk College, Vancouver School Board, Kootenay School of Writing and Sunshine Coast Mental Health. Her photos have appeared in many publications.

Conn has also co-founded and co-facilitated a nature appreciation program for children called Oneness in the Wilderness.

Gracie's Got a Secret [See Press Release below] is the Heather Conn's first children's book with illustrator LILLIAN LAI of Vancouver. Lai works as an artist on social mobile games for Harmony Arcade and has worked in the animation industry on shows such as Rated A for Awesome. She has worked as a graphic artist and as a producer of short animation. Lillian has a certificate in 3D digital animation and a diploma in 2D commercial animation from Capilano University in North Vancouver.

CITY/TOWN: Roberts Creek and Vancouver, BC

ARRIVAL IN BRITISH COLUMBIA: 1977 (grew up in Toronto)

Articles: 1 Article for this author
Gracie’s Got A Secret
Press Release (2011)


SUNSHINE COAST, B.C. - Using the adventures of a feisty goldfish, the new picture book Gracie's Got a Secret encourages children to go with the flow and find their inner stillness, especially when they're pushing for a result.

Roberts Creek author Heather Conn got the idea for the book, published by MW Books of Garden Bay, BC, while on her own journey of self-discovery in India. She thought that if children learned the concept of "letting go,"; they could save themselves a lot of anguish as adults.

In the book, main character Gracie, a goldfish, gets out of her fishbowl and meets an alligator and an elephant, sharing her "secret"; to help them solve their individual dilemmas. The book, Conn's first for kids, is targeted at children ages seven to nine, but younger ones will also enjoy the delightful illustrations by Vancouver artist Lillian Lai.

This uplifting story, which comes with engaging questions to prompt discussion, invites children to believe in themselves, support others, and find peace in chaos. This perspective echoes the Taoist notion of wu wei or "action through inaction."; (Taoism is a philosophy that supports working in harmony with nature and life itself, rather than resisting people or events. It promotes compassion and moderation.)

Dennis Lee, author of the popular children's book Alligator Pie, says of the book: "There's a spunky energy in the writing that goes along with the central motif.";

(Editors: There's a strong B.C. and Sunshine Coast angle to this story. Several years ago, the author took a workshop on writing children's books hosted by the Sunshine Coast School of Writing. She contacted children's author Dennis Lee after seeing him at the Festival of the Written Arts in Sechelt. She met the publisher, who's based on the Coast, at a literary reading in Gibsons, hosted by the local group Read Locally, Act Globally.)

The book is available at select bookstores, through amazon.com and from the author or publisher MW Books. For more information, see graciesgotasecret.com or contact the author, Heather Conn, at 604-886-6520 and heatherconn@dccnet.com.