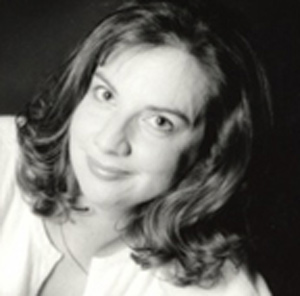 Without Malice relives the misfortunes of 18-year-old Jill Charron who survives a terrible mishap while on vacation in idyllic Italy. She wakes in a North American hospital, evacuated from the tragedy by her wealthy father, in a leg cast, with stitches, unable to remember the previous six weeks of her life, let alone the fatal car crash that results in an accusation of murder. After she needs a doctor, Jill will need a lawyer. Then a press agent.

Cook's follow-up to Without Malice is The Hanging Girl (Houghton Mifflin Harcourt 2017) is about a psychic who uses her abilities to help police find the town's missing "golden girl". It's another dark, pyschological thriller.

Eileen Cook lives in North Vancouver with her family. She was born in Oak Park, Illinois, grew up in a small town in Michigan, and lived in Boston and Belgium prior to moving to Canada in 1994. As of 2012, her novels had appeared in eight languages. She frequently says she spent most of her teen years wishing she were someone else or somewhere else, "which is great training for a writer."

Her first commercial novel was Predictable (2008). The Almost Truth (Simon Pulse 2012) is a romantic novel about a teenage con artist who might be in over her head. Most of her books bridge the gap between adult fiction and teen fiction. Cook has subsequently served as a mentor/instructor for the Simon Fraser University The Writer's Studio.

What Would Emma Do (Simon Pulse/ Simon and Schuster, 2008)

Getting Revenge on Lauren Wood (Simon Pulse/ Simon and Schuster, 2010)

The Education of Hailey Kendrick (Simon Pulse/ Simon and Schuster, 2011)