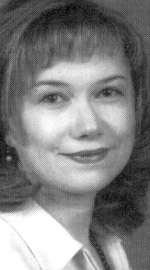 
Born in Johannesburg, South Africa in 1964, Méira Cook immigrated to Canada in 1991 at 26, living mainly in Winnipeg. In the late 1990s she moved to Vancouver where she earned her Ph.D at UBC before returning to Winnipeg. She has worked as an arts reviewer, editor and writing instructor and has published poetry in various magazines. Her second full-length collection of poetry, Toward a Catalogue of Falling, was nominated for the 1997 Pat Lowther Award and the 1997 McNally Robinson Book of the Year Award.

Set in the fictional Manitoba smalltown of Annex, her first novel The Blood Girls begins prior to Easter when little Donna Desjardins begins to bleed from her palms, then the soles of her feet. Three days prior to Easter a scattering of blood droplets appears on the crown of her head. She bleeds from all these locations simultaneously on Good Friday. The effect of stigmata on the town is profound, as publicity ensues. The story is told through the eyes of a visiting skeptical journalist Daniel Halpern, the town doctor Virginie Waters, Catholic priest Father Ricci and other locals. The novel is a synthesis of interviews, newspaper articles, correspondence, memories and journal entries. Stacatto Chapbooks published Cook's fictional exploration of Freud's 'Dora' case history as a short story called Taking the Waters in 1995


"Slovenly Love is Méira Cook's third book of poetry. A Fine Grammar of Bones and Toward a Catalogue of Falling, both collections of lyrics, are now joined by a fascinating long poem composed of five sequences. "A Year of Birds" sensuously explores erosion of self in the gain of new life in motherhood; "Blue Lines" concerns a woman and her double, the imperishable self she "left" to become the self she is; "Trawling: a biography of the river" introduces Heraclitus into the Winnipeg Flood of 1997, the Red River becoming a river of the mind; "Kiss by the Hôtel de Ville," an extended meditation on varieties of dislocation between art and reality, focuses on Robert Doisneau's famous photograph of the same title; "Tempestuous" is a passionate, Miranda-centred reading of Shakespeare's The Tempest. Each sequence is distinct, but together they explore a life of gap, fragment, flux. "Ah swift-wingèd youth," says a voice in "Trawling," "the world is, was, and ever will be! full of wonder." Slovenly Love, in its exhilarating renovation of words and forms, gorgeously confirms that."

Says she favours tattoos, impermanent
as the memory of these blue lines. Hey,
beautiful, throw me a line, she calls,
too low to hear. Every third word slightly
erased, as if blurred by a wet thumb. Always
known we are lost in a long poem, fragmented
to gloss memory, she says.
Nevertheless, she adds, treading water,
I am not as melancholy as I seem to be
when that complaint escapes me.